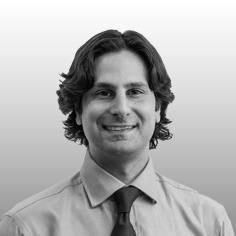 Building recently highlighted a lack of understanding among developers regarding the GLA’s new London Plan regulations in a news article headlined “London’s new zero carbon rules may catch firms out”.

Equally worrying, however, is a lack of understanding within the plan of the life cycle of carbon, particularly as it does not allow for meaningful recognition of reduction in embodied carbon, and focuses mainly on operational carbon.

The ultimate purpose of the London Plan is to reduce global carbon emissions and help address effects of climate change by reducing global temperature rises. If this is not achieved we can expect to see more flash flooding, hotter summers, colder winters and continued damage to our environment. Action by the GLA is certainly a step in the right direction and is to be applauded but it is zero carbon in name, not in nature. By concentrating purely on operational carbon they have put the achievement of the ultimate goal at risk.

If we do not know the amount of carbon invested in a project, before going into operation, we cannot possibly claim that it is offset in operation and therefore ‘zero carbon’

Try thinking of carbon as currency. Any developer would be delighted if in a viability study they only needed to take into account the operational cost of a project, ignoring costs in relation to construction and acquiring the land. That, however, is obviously not a sustainable business model. So following this analogy, if we do not know the amount of carbon invested in a project, before going into operation, we cannot possibly claim that it is offset in operation and therefore “zero carbon”. Again, that’s not a sustainable model.

At Walsh, we support the principle of the London Plan to reduce carbon requirements in building, thus reducing the impact of climate change on future generations, and also understand that it is difficult to measure embodied carbon. But considering that embodied carbon is the equivalent of about 20-40% of the whole life carbon in an average building, and up to 70% in an energy efficient one, surely that’s enough contribution to focus on and hold the project to account? In addition, research by our in-house embodied carbon specialist Aidan Wingfield suggests between 40-60% of the embodied carbon is buried in the structure. Further evidence that the structural engineer has a real role to play in carbon reduction of buildings.

To support this process we have been working on an assessment tool that is currently being audited by a leading UK university which will allow designers to measure embodied carbon, as well as working with UK-GBC and other stakeholders to publish a guide on how embodied can be manged in the design development process.

There is much to be done to move forward on the impact of carbon but I would urge the GLA to seriously take into account the impact of the embodied element and provide clear guidance on how designers can be encouraged to reduce the whole life carbon, in particular the embodied element, not just the operational. Perhaps this can be achieved by way of a relaxation on the levy if a reduction in embodied carbon can be demonstrated.

Failure to act on this important issue, given the impact it can have not only on London as a city, but globally, should really not be an option.

Peyrouz Modarres is a director at Walsh