Reader bemoans the effects of the Olympics on the construction industry 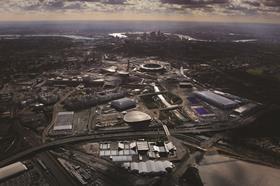 Having been told by LOCOG how much the country will benefit from the Games, it is difficult to reconcile this claim with the embargo on the promotion of the construction industry (“UKCG launches new campaign for construction”, 11 July, Building).

The industry that has successfully delivered the venues for London 2012 is not only losing the chance to promote its work but, also, having to suffer the penalties and disruption of projects which are being stopped while the Games are going on.