Finding a model of retirement living that appeals to 60-something baby boomers is the key to solving the housing shortage, argues Richard Morton 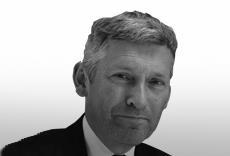 In November, the Housing our Ageing Population Panel for Innovation, or HAPPI, launched its second report on older people’s housing, bringing many new ideas and a very welcome emphasis on design quality to a sector where such things have previously been the exception rather than the rule.

Lord Best, the panel’s chair spoke of the profound importance of older people’s housing for the country as a whole. The essence of his argument is that, with the growing shortage of housing across the UK exacerbated by widespread under-occupation of family homes, the construction of a single purpose-built unit for older people will release a much larger unit onto the open market. In this way if 84,000 older people currently living with more than two free bedrooms moved into retirement housing, then their former homes could serve the needs of 400,000 people - lifting the economy, providing employment and meeting the country’ s housing needs in one fell swoop.

Schemes for this generation are likely to need a lot of two and three-bed houses, stylish and highly specified, and with space for two cars

However, there is a glaring anomaly: the type of housing needed in response to Lord Best’s clarion call is not at all the same as that with which HAPPI is primarily concerned. Fine though the ideas of HAPPI are, they respond to the needs of those aged 75 or over.

Under-occupation, on the other hand, starts to be a factor once children leave home. When it comes to saving the economy, it is initiatives aimed at persuading the younger “baby boomer” age group to downsize that are vital.

This is far from easy, as there are many reasons why this group will not want to move, including the desire to enjoy the house once they’ve paid for it, the feeling that capital is best invested in bricks and mortar, the wish to retain the family home for returning children, and the need to stay near work (most of this group will be in employment). There is also the stigma attached to sheltered accommodation. Historically the only forms of accommodation for older people were almshouses (few in number), workhouses and asylums.

But the experience of the US shows that this doesn’t have to be the case. There, a significant trend towards early downsizing has seen the growth of very large senior communities, particularly in Florida and Arizona. Phoenix, for example, is now a huge city, made up largely of such communities, each with its golf course, pools, tennis courts and a country club. This does indicate that finding large sites capable of providing a range of facilities is fundamental to providing for the 55-75 year old market in the UK.

Another very important point will be finding the right unit types. Rather than the immediate assumption that flats or bungalows are what’s needed for older people, schemes for this generation are likely to need a lot of two and three-bed houses, stylish and highly specified, and with space for two cars. Therefore, high occupation densities will be difficult to achieve.

There are a number of ways that this type of accommodation might be encouraged. As retirement and extra-care housing are defined by most authorities as C3 residential uses they generate an affordable housing requirement. Retirement schemes are always more expensive to build per unit than standard housing. In recognition of the threat this imposes on viability, one option is a new use class that avoids the imposition of affordable housing for retirement developments or, as suggested by Tony Pidgeley of Berkeley Homes, accepts them in lieu of affordable housing with CIL proposals adjusted to avoid penalizing the vital communal spaces within these schemes.

Where urban extensions are proposed, a major element of retirement housing should always be included, as it should on rural sites where only holiday housing is currently permitted - opening up the possibility for retirement villages to be attached, for instance, to CenterParcs venues.

With these sorts of planning initiatives, we may begin to see the bigger, more spectacular schemes that will finally persuade 60 year olds that downsizing is a real lifestyle choice.