Care homes: The new way to get old

According to a Dutch idea, older people need on-site restaurants, bars, village squares and beauty parlours. Is the UK is ready for a revolution in care home design? 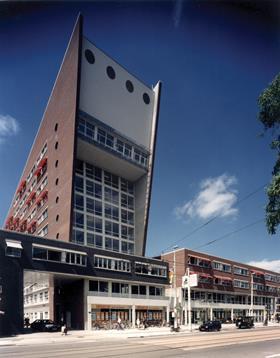 The 12-storey, 195-unit Humanitas Bergweg project in Rotterdam by EGM Architecten (1995) is a classic example of the Humanitas housing model. The ‘village square’ at its centre acts as the complex’s recreational hub

Imagine an older people’s care home that proudly goes by the motto: “Too much care is worse than too little care.” Imagine a care home with regular disco nights, film screenings, cash machines, a beauty parlour, hairdressers, a museum, a sculpture garden, a restaurant teeming with sugary treats such as apple pies and double chocolate puddings, and an on-site bar freely licensed to serve as much alcohol at it likes.

No, this isn’t some surreal septuagenarian Willy Wonka-esque dream, it is in fact an innovative and - perhaps unsurprisingly – highly popular brand of care(free) home in the Netherlands that, to date, houses up to 6,000 people.

The Humanitas Apartments for Life were set up by charismatic multimillionaire Dr Hans Becker in 1995. Initially opening in Rotterdam with 350 apartments in three complexes, the organisation has since grown to incorporate 3,000 apartments scattered over 30 sites across the Netherlands and has an annual turnover of £86m. Becker’s model has the explicit support of the Dutch government and even the former Dutch queen, and similar versions have been implemented as far afield as Asia, Australia and New Zealand.

The concept behind Apartments for Life is as simple as it is revolutionary. Becker passionately rejects the West’s “cure and care” approach to housing older people as a destructive and debilitating institutional obsession that focuses undue attention on “handicaps and medical and hygienic problems.” According to Becker, “there is not much to cure when someone has Parkinson’s or Alzheimer’s” and “constant attenuation of medical issues will cause what is left of a [person’s] positive image to disappear.”

Defining human happiness as a state in which the individual is able to “exercise control and live communally”, Becker’s model “concentrates on the wellbeing which causes handicaps to be forgotten [enabling] the client to learn to live with a chronic condition”. Obviously medical care is available when necessary, but is deliberately relegated to the background.

Becker thus aims to encourage residents to control their own lives, actively participate with others, engage in an extended family dynamic and utilise a prevailing “yes culture” designed to empower rather than marginalise them.

These precepts are reflected in the physical design of Becker’s homes. His apartments are “age-proof” and can be occupied by people of any age, ensuring that the complexes harbour a mixed, multi-generational community. The apartments are also available for sale or rent and can be run by housing corporations and care providers other than Humanitas.

All the apartments are fully wheelchair and stretcher accessible and contain a minimum of three rooms and 72m², although some are as large as 300m². In a powerful symbol of the independence that underpins Becker’s approach, each apartment has its own lockable front door and care workers can only be admitted by express invitation. All this enables the inhabitant to be a “true resident” explains Becker, “instead of staying in a room that belongs to an institution. Living and care should be strictly separate.”

Communal areas also reflect this methodology. Each complex contains an indoor “village square” on the ground floor where all the social and leisure amenities are concentrated. Significantly, the square and many of its facilities, such as the restaurant, are not just open to residents alone but also to members of the public. Usually, the square also provides access to a “reminiscence museum”, an ingenious concept involving a room filled with familiar household and consumer objects from the early twentieth century designed to trigger the memory of dementia or Alzheimer’s sufferers, who find it easier to recollect events from their youth than the more recent past.

Despite some medical facilities also being located in the square, Becker is adamant about how he envisages the character of this vital space: “No walking around in a white coat, no jungle of sign-posts, no abundance of rules and regulations, no institutional furniture and no fluorescent lights.”

The runaway success of Becker’s venture seems to vindicate its revolutionary approach to older people’s healthcare. Also, his claim that “because residents are happy and well-cared for, they will need less attention and hence costs are lowered by about 10 or 20%” also suggests a convincing economic benefit.

Meanwhile, Becker is scathing about the traditional approach to geriatric care, calling institutions that provide small rooms and copious rules and medication “misery islands.” Could he be thinking, perhaps, of a particular group of isles to the west of Holland? 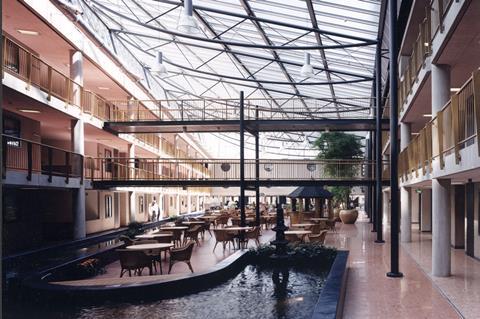 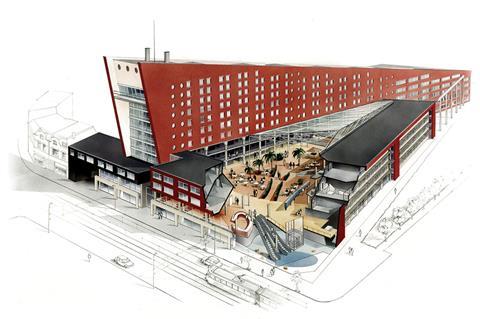 In the UK, our approach to the care of older people is very different to that practised by Humanitas. The government’s policy is encapsulated by HAPPI² (Housing our Ageing Population Panel for Innovation) report, published last December, which builds on many of the themes of its 2009 predecessor. Its proposals include encouraging local authorities and the Homes and Communities Agency to ensure that housing strategies for older people form part of every local development plan, and calling for the formation a government task force to drive the construction of homes for older people nationwide.

“It keeps up the momentum of the first report” explains Julia Park, architect and head of housing research at Levitt Bernstein Architects, co-authors of the first report, “and it’s about broadening availability to more than the traditional extremes of ‘stay in your own home, or specialised care home’, by creating a variety of housing suited to a wider range of people. It’s also about creating more outward facing and less introverted homes that don’t have a label that easily identifies and differentiates them as specialised housing.”

However, Maria Brenton of the UK Cohousing Network Board and project adviser to the Older Women’s Cohousing Group is less enthusiastic. “It’s well-meaning but it’s top-down and paternalistic and has no idea of community. It’s missing the social capital that creates sustainable communities. The institutional approach is dead, older people want autonomy and to be in charge of their own lives.”

Such a position appears to chime with the Humanitas approach and Brenton admits she likes the model Becker has created. But she maintains that there are key differences between the Dutch and British elderly housing experience. “I’m not sure [it] would fit in here. For one thing it’s a question of scale. The Dutch like huge older people housing schemes containing hundreds of people, which enables them to achieve economies of scale that aren’t possible here when most equivalent UK housing has only 30 or 40 residents. Also, despite Holland being incredibly congested they still tend to achieve minimum unit space standards of around 70m² while we hover around the 50m² mark. And culturally, there also seems to be a stronger concept of citizenship across generations in Holland than in Britain, older people in particular have a stronger sense of assertiveness and entitlement.”

Park also acknowledges that UK efforts in this regard have been compromised by a political culture that is to some degree “polarised into silos” and where the joined-up thinking that would create the sustainable wider community engagement Park calls for is “very difficult to achieve.” 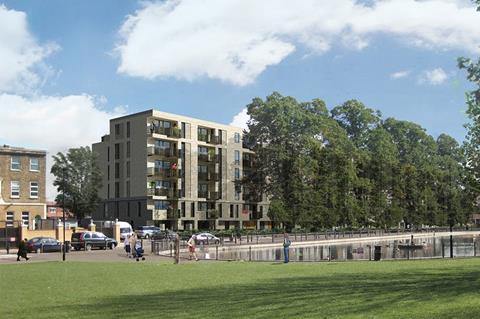 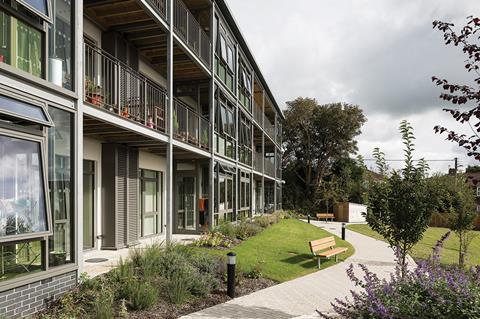 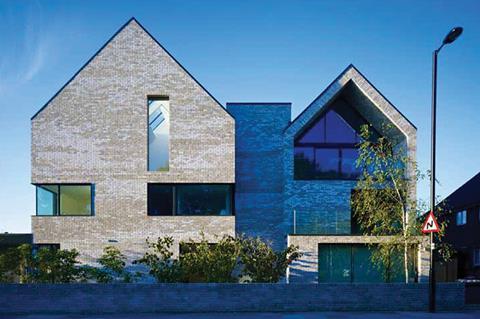 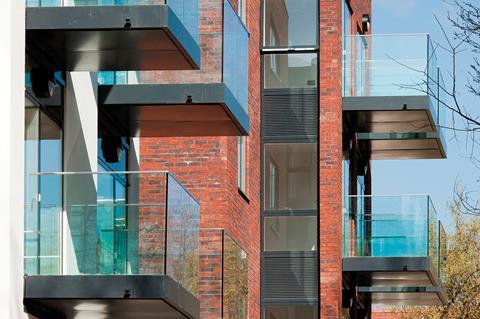 An alternative older people care and housing model to that being practised either by Humanitas or in the UK is cohousing. These are residential communities run and created by their residents. While each household has a self-contained home, communal activities such as eating and management are shared. The cohousing model has made significant inroads in Denmark, Holland, Germany, Sweden and the US but has failed, as yet, to make an impact here.

While Brenton readily acknowledges the considerable obstacles cohousing in the UK faces with regard to political and housing association acceptance, she is keen to point out its advantages. “It’s disappointing that there’s no reference to it in HAPPI² despite the fact that it was clearly mentioned in the first HAPPI report. It keeps older people engaged, happy and healthy, creates social capital and avoids the depression and isolation that is still such a feature of old age in institutional accommodation.”

But it is now Park’s turn to be sceptical. “Cohousing is a fantastic idea but it’s logistically difficult. Sites have to be found and paid for upfront, it can take a huge amount of time before the project gets off the ground and there is the potential for schemes to suffer from design by committee.”

As in Holland and much of the Western world, the UK’s ageing population is a slow-fused demographic time-bomb. The 2011 census indicated that there are currently over 10.5 million people (16% of population) aged 65 and over in the UK and by 2050 this is expected to double to 20 million, over a quarter of projected UK population.

However we choose to address this will not only test our collective commitment to creating truly sustainable communities but could also prove to be the most important public services challenge of the early twenty-first century. 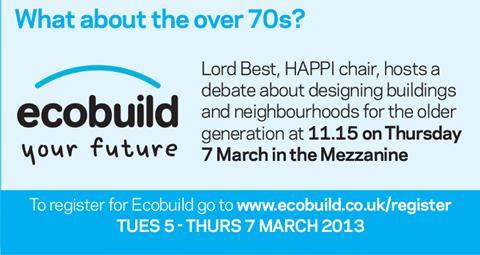