Despite being urged to settle, the architect involved in the Museum of Liverpool case chose not to. Thus follows a cautionary tale about how not to approach a trial 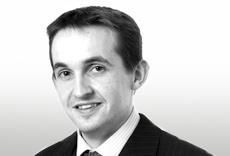 At the start of the trial on the defective new Museum of Liverpool against its architect and builder, Mr Justice Akenhead said he was “very surprised” that the case had not settled. After the trial the head of the Technology and Construction Court was “disappointed” at the continued lack of a settlement. Having read the judgment, the architect and one of its expert witnesses, to name but two, may now feel the same way.

What went wrong? The judgment provides three pointers although we, of course, do not know how much the running of the litigation was dictated by insurers and how much by the insured architect, not to mention the lawyers and experts instructed by them.

First, there was the architect’s liability. Shortly before the trial the architect belatedly (given how long the case had been going) admitted certain aspects of liability, prompting the judge to take the positive (but unusual) step of asking the parties what the court could do to facilitate a deal. As we know, the trial still went ahead.

While factual witnesses gave evidence for both the museum and the builder, the architect decided during the trial not to call its factual witnesses and withdrew their statements. The judge was not impressed by this unexplained decision, which meant he received little or no evidence from the individual architects involved with the project. It got worse.

The judge disregarded all the evidence of the architect’s architectural expert, who he found “wholly unconvincing about all aspects of liability”. Fatally, under cross-examination, this supposedly independent expert admitted that he was “seeking to defend the indefensible for the [architect’s] benefit”. As the judge said, “one would simply never expect a competent expert who was aware of his duties to the court” to make such a statement.

Fatally, under cross-examination the supposedly independent expert admitted that he was ‘seeking to defend the indefensible’

The expert, who had never given expert evidence before, had - extraordinarily - not been instructed to consider the most obvious question, namely: what could reasonably be expected of architects in the architect’s position. The judge felt this may explain why the expert had given “such little coherent thought” to this key aspect of the case. Following the expert’s cross-examination, the judge asked the architect’s counsel if the architect now conceded liability. It did not, requiring the judge to spell out in detail in his judgment his findings on the architect’s negligence for all to see.

The second pointer is in the architect’s claim against the builder. The architect obtained a 25% contribution from the builder for the damages it must pay to the museum. Sometimes, when a third party joins a dispute later than the other parties, the latter (understandably) do not want to settle without the third party, who needs time to catch up. This cannot just delay, but also reduce the scope for, a settlement. It is unclear, though, how much the architect’s introduction of the builder into the litigation had an impact.

The final pointer is in the quantum. The judge said it was “extremely unfortunate” that there was no agreement at all on any of the 50 or so heads of quantum until late in the trial (and only then were limited agreements reached). During the trial the museum, unusually, made open offers on each head of its quantum claim. It specifically invited responses but no clear replies were given. Instead the architect’s counsel “repeatedly and tenaciously” rejected the museum’s quantum case due to an alleged lack of documentation.

The judge rejected this approach as well as that of the architect’s (and builder’s) quantum experts who “too often” sought “to put forward the minimum as opposed to the reasonable or probable cost of items”. As a result the judge had to decide a raft of detailed quantum issues at length to arrive at total damages of £1.1m.

While more is expected for the museum’s claims concerning its allegedly defective ceilings, the cost of the three-week trial alone for the parties will eclipse the sum awarded so far.

The judgment suggests that the architect’s conduct in the case as to both liability and quantum will count against it costs-wise even if it turns out it earlier offered to settle for more than the sum awarded against it.

While much remains hidden, it is hard to discern how this dispute reached trial, still less judgment. It is harder to discern any lessons that were not well known already.

Sadly, though, at no small cost to reputations and resources, this case will be remembered as a cautionary tale on the selection, instruction and performance of expert witnesses.