Must we leave heat networks behind?

Systems using centralised plant were meant to be the future, until their carbon intensity put paid to that. But are heat pumps always better?

The latest updates to Part L of the Building Regulations, taking effect in June, make a host of changes aimed at reducing greenhouse gas emissions and improving the energy efficiency and overall quality of our homes. 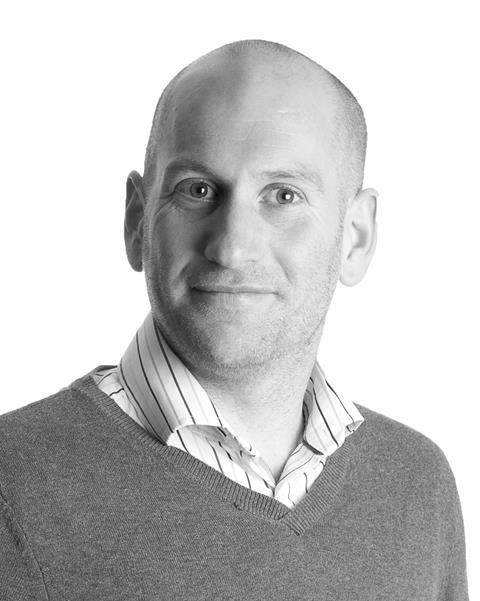 The biggest change is the CO2 emission factor for electricity, which drops from 0.519kgCO2 per kWh to 0.136kgCO2. This means that buildings which are all-electric, with heat pumps for heating, will be the lowest carbon option, much lower than those with gas boilers or combined heat and power (CHP) systems.

The consensus is that this is a good thing: our Building Regulations have been out of date for a long time, and this update promotes an all-electric future – and aligns with the broader net zero agenda. It also further raises questions around our approach to heat networks.

Heat networks use centralised plant to generate heat and distribute it through pipes, normally with gas boilers and CHP. Originally, it was said that gas CHP systems would be lower carbon because they generate electricity. The changes to the emission factor in the updated Part L, however, highlight just how carbon intensive most heat networks have become. Most are now around twice as carbon intensive as normal gas boilers and three to four times as carbon intensive as an individual heat pump, with an average of 40% of the heat lost in the pipes.

We cannot simply flick a switch and overcome the carbon intensity of heat networks. The government can tweak the calculation methods to favour them, but it can’t change the reality

Under new proposed schemes of the Future Buildings Standard, no new development will be able to connect to gas-fired systems from 2025. Instead, they will effectively be mandated to use heat pumps. Until then, however, BEIS has created a tweak to the calculation method to allow existing gas networks to comply. Without this, no new building would be able to connect to most heat networks.

It is an interesting situation. For the past decade, support for heat networks has been huge. The government have committed more than £800m for them, vastly outweighing the investment in heat pumps, and local planning policy has really pushed them. Ten years is a long time, and it is now clear that many of the expected benefits of heat networks have been ruled out by changes to technology and our wider energy system.

The ability to use a range of heat sources, such as biomass, waste and CHP, has largely been overtaken by the fact that we now accept that, in the vast majority of cases, both building and district systems will have to use heat pumps for heating. It will be expensive to change existing heat networks and, in most cases, it cannot happen for more than a decade because of the contracts signed. A benefit of building-scale systems mean that as new buildings are added so are the heat pumps, rather than oversizing an energy centre to allow for growth.

Large, centralised plant can be more efficient than at a building scale, but once you add losses and the lack of flexibility on heating temperature, individual systems will typically be more efficient.

Reducing strain on the electricity grid

Originally, one of the arguments for CHP-led heat networks was that the electrical grid would not be able to cope if we electrified all our heat. Again, things have moved on, with switching to heat pumps accepted for district or building level. For energy storage, both building and district systems include hot water storage to allow for reducing peak demand.

The big issue, however, is we cannot simply flick a switch and overcome the carbon intensity of heat networks. The government can tweak the calculation methods to favour them, but it can’t change the reality for our clients who are aiming to be net zero. They must report using the standard method which shows these carbon results.

The Greater London Authority has been the strongest supporter of heat networks. It is routine now to be asked to connect, or allow for connection, to very high carbon gas heat networks, even when the developer wants to build a net zero development with heat pumps. The argument is that the heat networks will decarbonise eventually. That may be true, but most are locked into 15- to 20-year contracts and ultimately will be switching to heat pumps anyway.

The real benefit of heat networks will now lie where there is a long-term, assured source of waste heat … but their scale will be a lot smaller than had been predicted

Local authority support for the networks is understandable. There is a desire to make progress, and the UK government has strongly supported heat networks as a method to do that.

Where we need more support from local development plans and local government investment is on the move to heat pumps on individual buildings. These will represent more than 90% of the solution, and the retrofitting sector is going to be huge. We need a substantial supply chain increase, we need to ensure quality of installation, and we need to educate ourselves to use these systems optimally.

The reason I write this is that I fear we are missing out on the real golden opportunity; by the end of this decade, electricity prices will be falling and variable, and more buildings will benefit from heating (and cooling) through heat pumps. They will employ hot water storage, solar power, electric vehicle charging and smart controls to reduce greenhouse gas emissions, reduce bills and help integrate ever more renewable power from solar and wind. The electrical grid has effectively become a heat network; it just uses electricity rather than hot water.

We need to focus on that transition and embrace that opportunity to move towards an all-electric future.