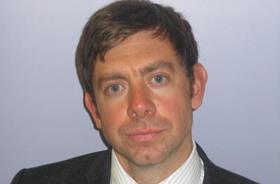 I have lost count of the number of new housing initiatives since the Coalition took power two years ago. At first, with localism the mantra, it seemed few in the cabinet thought that housing was a significant issue, and the measures were mild and ineffectual. Gradually, its importance has become more apparent to everyone from the prime minister and chancellor downwards - although I would suggest it is because of the economic impacts rather than any growing awareness of the vast iniquities caused by a market that is so obviously dysfunctional.

The strength of the proposed reforms have been increasing with each new announcement, and finally they appear to have reached the point where they might have some effect. More importantly, it looks as if the government has finally begun to apprehend the nature and scale of the problem - and the potential benefits of some solutions.

The most obvious indication of this is the breath-taking speed and decisiveness of the response to the Montague Review - remarkable given that governments usually take months to reply to such reports. Even more shocking was the incentives it is prepared to grant for the institutions who will hopefully invest in a build-to-let residential product, in the form of £200m of direct investment in sites for the Private Rented Sector and £10bn of debt guarantees. It is clear that it sees these measures as a potential silver bullet.

Whether they will achieve what they hope will depend on local authorities’ attitudes as wel as institutional investors’ modelling of returns. It is important to recognise that privately rented homes which must be kept as such for the long term would be valued in an entirely different way from owner-occupied stock, on the basis of rental return and yields. This will require a new model for how residential investment works, with capital growth an added bonus rather than the central part of the strategy.

The other issue is whether where institutions generally want to invest - central and inner London as well as more affluent market towns and small cities in the South - will dovetail with where local authorities will want to see stalled sites unlocked and PRS units generated (or, indeed, any development at all). But the signs are that this may entice institutions, interested but wary of residential, into the fray.

Meanwhile, more direct stimulation of construction through an extension of HomeBuy and greater funding for affordable rent is all welcome stuff. But in addition to all the positives, there is a lurking sense that the government still thinks planning is the problem; thus the measures to speed up the system and tackle excessive affordable housing requirements. These appear, on the face of it, to generate lots of fees for lawyers and planning consultants, as well as a huge workload for the Planning Inspectorate. Moreover, while section 106 may be holding back development on some key sites, it may not be a significant impediment to the step change in house building that the government wants.

The problem, perhaps, is ideological. Many of the current generation of Conservative MPs have come into politics because of a desire to roll back the state, and a belief that the dead hand of the public sector is preventing business from creating a thriving economy. If this is the core part of your belief system, it’s perhaps hard not to blame planning - a profession with a title that is about as Statist as you can get - for holding back the animal spirits of the entrepreneurial, dynamic house building industry. There are signs that this is changing, but the underlying conviction still seems to be there. This is undoubtedly bolstered by the Treasury having, in general, a similar worldview.

The provision of large numbers of low-cost rental units would bring down the ballooning housing benefit bill, a significant part of the fiscal deficit

I am not denying that the byzantine and restrictive nature of our development control system - and the excessive rationing of land - is something that needs to be tackled. But it can only help housing numbers in the long run, and, as Keynes said, in the long run we are all dead. In the current housing market - where demand is held back by a lack of mortgage finance and, dare I say it, uncertainty - planning is not really a constraint. House builders have stated endlessly that they are concentrating on margin, not volume, and there are no plans to ramp up development in the short term.

I am increasingly coming round to the view that what is needed is a massive direct investment in affordable housing, as suggested in a report last week from Tullett Prebon, a hard-nosed broking firm. It pointed out the supply chain for housing is almost entirely domestic, so any stimulus would lead directly to increased employment and output without any commensurate increase in imports. Meanwhile, the provision of large numbers of low-cost rental units would bring down the ballooning housing benefit bill, a significant part of the fiscal deficit. The social benefits would also be huge.

There are also times in the recent past, from Major to Macmillan, where Tory governments have built more social and affordable houses than their Labour successors or forebears, and been proud of it. In my own home city of Birmingham, the ethos that produced such pioneering housing projects as Bournville and the bizarrely little-known Harborne Garden Suburb was a Conservative and Liberal, not a socialist one. Moreover, the former party has, in the past, prided itself on its pragmatism rather than slavish devotion to ideology. If there was a time when such values should be recalled, it must surely be now, when such obvious steps can be taken to revive both the construction industry and the wider economy, while bringing succour to an increasingly disenfranchised and marginalised younger generation.