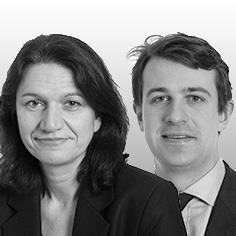 The Court of Appeal has issued a decision reinforcing the position that parties will, in the absence of exceptional circumstances, be held to the commitments they have made in a planning obligation (a bilateral section 106 agreement or unilateral undertaking).

Section 106 obligations are a prominent piece of the development puzzle. Developers are required to enter into them to mitigate the impact of the proposed development so that it is “sustainable” in line with the government’s aim for the planning system. Obligations range from sustainability measures to payments for the provision of additional school places to the construction of large pieces of infrastructure such as roads. Developers are often forced to accept unreasonable demands of local authorities in order to secure a planning permission, and many take the view that they may be able to escape these obligations further down the line. However, case law is very clear that parties will be held to their bargains when they enter into such obligations.

In the case of the London Borough of Newham vs Ali, Shaik and Mohammed, the appellants sought to overturn an injunction granted to the council by the High Court to enforce the terms of a section 106 unilateral undertaking. The appellants were trustees of a charity that established a faith centre in east London without the benefit of planning permission and against which the council served an enforcement notice. On appeal, the secretary of state granted a temporary two-year planning permission on the basis of a section 106 unilateral undertaking in which the appellants covenanted to submit a planning application for a mixed-use scheme on the site within a year, failing which they would remove the faith centre.

No such application was submitted, so the council commenced court proceedings to enforce the terms of the undertaking. Parallel to the enforcement of the section 106 undertaking, a planning enforcement notice was served. The appellants appealed against this and against the council’s refusal of an application for planning permission for a faith centre on the site. The appeals were to be heard in June 2014, as this article went to press, six weeks after the date of the Court of Appeal hearing.

The Court of Appeal issued a decision robustly backing existing case law. It was held that:

While the court decided to suspend the injunction pending the outcome of the upcoming appeals, it noted that the power to suspend “should be exercised sparingly”.

This case highlights the importance of getting section 106 obligations right. The statutory right to apply for an amendment to a section 106 obligation only arises five years after the obligation was entered into, and even then it must be shown that it no longer serves a useful purpose - a difficult test to meet. Until that right arises, it is within the council’s discretion as to whether to enforce the terms of the obligation or to agree variations. If it does seek to enforce, a court will not investigate the planning merits of the obligation. If the breach is severe and there is no evidence of serious misconduct on the part of the council, the obligation will be enforced by the grant of an injunction.

Before entering into section 106 obligations, therefore, developers and land owners should:

Jacqueline Backhaus is head of planning, and Henry Fitch a solicitor in the commercial property department at Trowers & Hamlins