The UK needs a secure low-carbon electricity supply and while costs may seem high today, a hedge against sudden future price shocks is surely worth the price 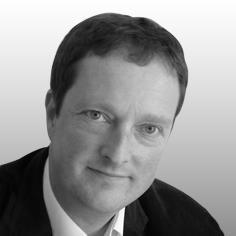 Back in 2012 – when the Government was negotiating with EDF on the level of subsidy required to build Hinkley C – there was a belief that by the time it was built, it would generate carbon-free electricity cheaper than competing gas, wind or solar generation. Roll on four years; gas prices have fallen and that assumption looks questionable.

The National Audit Office recently published a report into the proposed contract. It highlighted that the subsidy payable over the lifetime of the power station had now risen to £30billion from £6billion. The reason given for this monumental increase was a change in the estimated cost of future electricity. This estimate has been revised down, which means that since the agreed price (the ‘strike’ price) for electricity has remained fixed, the net cost of the Hinkley project has increased. The downward revisions to future electricity prices is largely a result of the fall in wholesale fossil prices.

So should the project be cancelled on the basis that the latest estimate of future energy prices have changed? The first point to make is that if the economists have it wrong and future prices exceed the latest estimates, the subsidy cost of the Hinkley project reduces. It is tempting to accept that the world is moving to a low-cost energy future, but with the Saudis beginning to talk to OPEC again about price levels, the situation could change quickly. That of course is the point, no-one, not even a Noble prize-winning economist can predict the future.

Aside from the financial argument there are other issues that we need to bear in mind.

The UK needs new generation capacity to replace an aging fleet of power stations and to meet an anticipated increase in electricity demand, forecast to be 20% above current levels by 2035. The UK also needs new capacity by 2035 equal to 90% of its current capacity — and this needs to be low or zero-carbon. Nuclear is pencilled in to deliver some 14GW, of which Hinkley will provide 3.2GW. If the Hinkley project is cancelled, the whole nuclear programme must be in doubt and the UK will need to look elsewhere for 14GW of reliable carbon free electricity. This is possible, but how do these alternatives compare?

Nuclear power generation is zero-carbon, 24/7 power. The established technologies of wind, tidal and solar, would need to be paired with storage technology, batteries or similar. Gas generation would need carbon capture and storage. This significantly increases the cost of both forms of electricity.

Energy and in particular electricity, is central to any modern economy and the Government has to make sure that there is sufficient capacity to meet the countries needs long into the future. Without reliable energy supplies, economies underperform.

If the UK wants to move to a low-carbon economy, then it will need to accept the costs that go with that strategy. The expense to consumers can be offset by using energy more wisely and continuing to be imaginative in ways to minimise the impact of energy-intensive industries.

The UK needs a secure low-carbon electricity supply. A strategic balance of technologies including nuclear, offers this and while costs may seem high today, a hedge against sudden future price shocks is surely worth the price.