Partial failure is not good enough

An interesting case sees total failure of consideration used as a means of defence. But can some performance be disregarded and total failure still exist? 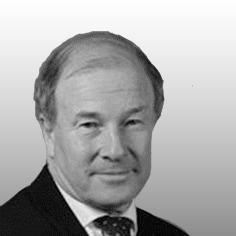 Construction lawyers will be familiar with the difficulties posed by the law of unjust enrichment. Pleadings seeking a remedy in the old language of quantum meruit were a staple of the practitioner and that form of words still makes an appearance from time to time.

Similarly, a problem which frequently arises is the situation in which A has paid B to perform works but claims that he has received no benefit from the performance rendered by B. The challenge for the lawyer is whether, and if so how, A can recover the sums paid to B. The question is whether, on a true construction of the parties’ bargain, B has performed any part of the contractual duties in respect of which payment is due. If not, A may recover sums paid to B on the basis of a “total failure of consideration”.

The sticking point is almost always that, in order to recover, the authorities insist on total failure. Mere partial failure - performance of some, but not all, of the duties for which payment is due – will not suffice.

The hard question is the practical one of whether some performance can be disregarded and total failure still exist, perhaps because the performance was of a very minor character. These issues arose in an unusual way in the recent case of Gartell & Son (a firm) vs Yeovil Town Football & Athletic Club Limited [2016]. Perhaps the most unusual feature of Gartell is that this was not a case in which A recovered sums paid to B on the basis of a total failure of consideration; it was instead a case in which A successfully defended an action for the contract price from B on that basis.

The facts were these. Yeovil Town Football Club contracted with Gartell to perform various works on its main and training pitches in order to improve their condition. Among the works was the use of a “Veltidrainer”, a machine for making holes in the pitch and allowing sand and rubber crumb to be spread on the surface and brushed into the holes, improving drainage. The process does not work adequately in wet conditions.

Gartell performed the works in wet conditions and Yeovil Town refused to pay its invoice. Gartell issued proceedings claiming the contract price. Yeovil Town counterclaimed for the cost of works alleged to be remedial works and sums of overtime paid to employees. The judge held that Yeovil Town was discharged from its obligation to pay the price but Gartell was liable on the counterclaim. The basis for the former conclusion was that there had been a total failure of consideration.

This was because the standard of the pitches after Gartell’s works was worse than if Gartell had performed no work at all. Gartell had therefore delivered no part of the performance for which Yeovil Town had bargained. Yeovil Town appealed this conclusion, among other grounds, on the basis that Gartell had attended site and performed the works for which it had quoted. The materials which had been specified had been supplied to the pitches. For this reason and others, failure could not be total.

Lord Justice Floyd (giving the lead judgment) rejected the submission that “the judge was precluded from finding a total failure of consideration because work had been done on the pitches and materials supplied”.

The decisive point was that the work done was not “capable of making an improvement to the playing surface,” presumably because of the wet conditions in which it had been performed. On this basis, “no part of [the] contractually agreed performance was in fact delivered”.

The Court of Appeal has previously held that the performance of a substantial part of the works does not prevent a failure of consideration from being total in DO Ferguson & Associates vs M Sohl (a decision which does not seem to have been cited to the court). That decision has had a fair amount of academic criticism, but the interest of Gartell is Lord Justice Floyd’s wide view of total failure, consistent with the Sohl decision, but justified on the basis that a particular manner of working may not be “capable” of delivering the contractually agreed performance.

Nevertheless, one cannot help wondering whether there was a more straightforward analysis available by means of a claim for an abatement or setting off the claim and the counterclaim. Either of these, at first instance, would have avoided the subsequent issue with which the Court of Appeal had to concern itself.

This was whether there had been double recovery to Yeovil Town, which had both been relieved of a liability for the contract price and recovered damages for “substitute performance”. In the end, the court held that Yeovil Town had been overcompensated and that the proper measure of damages was the amount by which the cost of the remedial works exceeded the contract price. Rather unfortunately, however, Gartell had sought only to uphold the judge’s award of damages and not the award on the counterclaim on any other basis. Accordingly, the practical result of this case was to set aside the judge’s order, dismiss Gartell’s claim, and dismiss Yeovil Town’s counterclaim. In the end, each party got rather less than it bargained for. Total failure of consideration may not work too often as an effective defence.

Sir Robert Akenhead is an arbitrator, mediator, DRB member and adjudicator at Atkin Chambers. From 2010-2013 he was judge in charge of the Technology and Construction Court. He was assisted in this article by Christopher Reid, a barrister at Atkin Chambers