Partnerships for Schools: How to get our fingers burnt 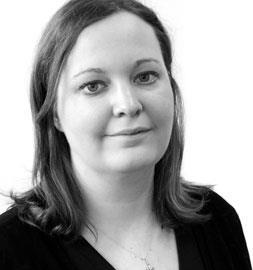 It may be more the season for barbecues than bonfires, but the trail of lighter fuel moved a bit closer to one of the most influential quangos in construction this week.

Pressure has been mounting on Partnerships for Schools, the body in charge of more than £50bn of the education budget, since the Tories rekindled their pledge to take a match to some of the UK’s 1,000-odd quangos last month (page 34).

This week, a damning report on the body from right-wing think tank the Centre for Policy Studies (page 11) added to the pressure on the body from Tory-leaning policy gurus, and it’s looking increasingly likely that a victory for Cameron in the next election would mean PfS’ powers will be drastically curtailed.

The party says it is committed to education’s capital spend – but it’s no secret it will need to make the money go further. Part of that, it seems clear, will involve re-timetabling school improvements. And some will come from reducing bureaucracy.

PfS receives about £12m in funding a year, which the Centre for Policy Studies reckons could be reduced by half under a Tory government, having a knock-on effect on the costs of procuring the schemes themselves. Despite efforts to reduce bid times, the average 52-week procurement process for Building Schools for the Future (BSF) projects, and the huge costs associated with it, are still putting contractors off. Anecdotally, contractors claim that several projects are only attracting two bidders. Smaller contractors, in particular, may feel that they’d get more of a look in if control of the administration budget was returned to the schools themselves.

If schools – often inexperienced, one-off clients – take the lead on procurement, are the costs for contractors actually going to be any less?

But despite the obvious temptations, taking a knife to PfS could pose a longer-term threat to the school building programme. If schools – often inexperienced, one-off clients – take the lead on procurement, are the costs for contractors actually going to be any less? What is saved in initial procurement might well be added in design changes and disputes. What’s more, programme delays could increase, as local councillors grapple with the often emotive issues of school replacements and closures without any kind of steering hand. Take the saga of Stoke BSF, where councillors are still opposing plans put forward five years ago – the council was forced to reconsider the plans once again on Wednesday. Without the propelling force of PfS, these long-running wrangles could become even more common.

If the Tories are looking to make savings on school building, then getting PfS to take a bigger role in promoting design efficiency might be a better place to start. Standardisation may be anathema to many architects, but when architects’ bids are being refused simply because the classrooms are too similar to ones they’ve used on other schools, you do wonder at the amount of waste – and the cost of it. PfS, as a national advisory body on school schemes, could have an important role to play.

The longlist of 10 teams revealed this week to design a masterplan for Chelsea Barracks (page 10) looks certain to disappoint those who thought a new competition would be rigged to please Prince Charles. The prince’s “favourite architects” Robert Adam and Quinlan Terry are absent in favour of well-respected urbanists such as Sir Terry Farrell and Robert Stern. This is by no means a “safe” list, and developer Qatari Diar should be applauded for its balanced approach. Although Chelsea’s influential residents groups will rightly be given a voice in the consultation, the developers should be wary not to jump to their tune as meekly as they did over the Rogers scheme. Design by plutocracy will not give Chelsea Barracks the masterplan it deserves.