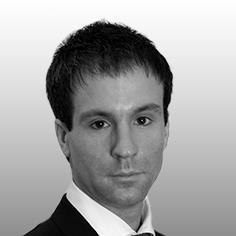 Parkingeye Ltd (“Parkingeye”) provided management services for a car park at a retail park in Chelmsford. Displayed at the entrance of the car park and at frequent locations throughout were 20 reasonably large, prominent and legible noticeboards stating that the maximum free stay was two hours with a charge of £85 being payable after two hours.

The contract between the site owners and Parkingeye specified both the free stay time limit and the £85 charge and that Parkingeye would pay a fixed weekly amount to the owners and retain any charges it recovered.

On 15 April 2013 Mr Beavis left his car in the car park for nearly 3 hours. As Mr Beavis subsequently ignored demands for payment Parkingeye commenced County Court proceedings to recover the £85 charge. As the case involved points of principle that were likely to affect other similar claims it was assigned to the Designated Civil Judge for East Anglia.

The judge held that a motorist who parked in the car park did so on the terms displayed on the noticeboards and thereby entered into a contract with Parkingeye which included an obligation to leave within 2 hours and if not, an agreement to pay the £85 charge. The Judge accepted that whilst the charge had the characteristics of a penalty in that Parkingeye did not suffer any specific financial loss, it was commercially justifiable as it was neither improper in its purpose nor manifestly excessive in its amount.

In reaching this conclusion the judge was influenced by the Protection of Freedoms Act 2012 (“the PFA”) which gives car park operators the right to recover parking charges from the owners of registered vehicles. The judge also found that the requirement to pay the £85 charge was not an unfair term and was not therefore unenforceable under the Unfair Terms in Consumer Contract Regulations 1999 (“the UTCCR”).

The Court of Appeal reviewed the development of the law on penalties, noting that:

The Court of Appeal followed the judge’s modern approach of looking at the £85 charge from a number of different perspectives including proportionality to actual loss, deterrence and commercial justification when deciding whether the clause was extravagant and unconscionable. The Court of Appeal acknowledged the deterrent nature of the charge given that Parkingeye did not suffer any financial loss if a motorist overstayed and that where a contract provides for payment of a sum significantly more than the loss, that would be a strong indication that the clause is extravagant and unconscionable.

However, in this case it was inappropriate to simply compare the amount of the payment and the direct loss and the court decided that the charge was justified by a combination of both social and commercial factors. The court also referred to the PFA noting that it must have been Parliament’s intention to permit parking charges of this nature under certain conditions: from a practical standpoint the car park provided benefits for both consumers and retailers and this could only be achieved by some kind of mechanism for ensuring that those using the car park did not abuse the facility.

The Court of Appeal also decided that the £85 charge was not unenforceable under UTCCR as Parkingeye had not acted contrary to the requirements of good faith where the noticeboards were prominently displayed and there had not been a significant imbalance in the parties’ rights and obligations.

Accordingly, the appeal was dismissed.