Pensions: Cleaning up our toxic legacy

Construction accounts for £34.4bn of the UK’s final salary pension deficit. How can the government restore confidence in workplace schemes? 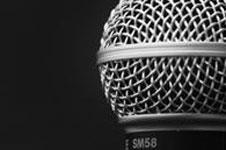 In 2011, the liabilities of the construction industry’s 200 defined benefit (final salary) pension schemes accounted for £34.4bn out of the eye-watering total deficit for all such UK schemes of £1,000bn. Defined benefit pensions were graphically described in Building last month (5 June pages 20-22) as “like asbestos was for the industry - a toxic legacy for companies”.

Yet only 20 years ago, the UK’s workplace pension regime was considered to be the best in the world. So how on earth did our once top-ranking schemes get relegated to their current “junk bond” status, threatening the very survival of some of those schemes’ contributing employer companies and their pension funds?

The basic reasons for the crisis are large cost increases caused by greater life expectancy, major improvements to scheme members’ benefits and the massive increase in the cost of purchasing annuities to pay their pensions. This cost is about three times what it was 20 years ago, but still used as the underlying basis of current government-imposed pension scheme valuations.

Many schemes cannot afford such expensive annuities, so are paying their pensioners full benefits on a monthly “drawdown basis” at half the total cost of purchasing an annuity. This explains why such schemes can be “fully funded on an ongoing basis” while reporting a massive “wind up deficiency” equal to the value of the total scheme funds.

The problems started with the government’s sledgehammer reaction to the Mirror Group pension scandal in 1997 - the Minimum Funding Requirement regulations (MFR). To suit the changing conditions at the time, the government should have told the pensions industry to devise a modern, secure and affordable pension regime that was not based on annuities. Instead, possibly influenced by the insurers, it chose to retroactively dump all the blame and responsibility onto employers for refinancing their original schemes through the MFR. Together with the MFR and the later 2004 Pensions Act valuation formulae, the government cynically halved the notional value of private sector work place pension scheme funds.

We have become a nation divided by our workplace pensions: generous and secure for the public sector, toxic and risky for the private sector

That’s why the majority of private sector defined benefit schemes have been closed - they are totally unsustainable. Crucially, what the MFR didn’t include was an essential safety net for the members of schemes that wound up when the employers went bust. Only under intense pressure did the government belatedly create the Financial Assistance Scheme (FAS) and through the 2004 Pensions Act, the Pension Protection Fund (PPF). Neither of these fully compensate scheme members, in particular failing to cover inflation indexing, the most essential and valuable part of any pension.

None of this applies to public sector pensions. Their contributions and pension payments are fully funded and guaranteed by the taxpayers so they have no worries. We have become a nation divided by our workplace pensions: generous and secure for the public sector and the largest UK/global companies; toxic and risky for the rest of the private sector.

To begin to restore public confidence in pensions, we need the government to cut out the spin and take action now. It must raise the level of compensation provided by both the FAS and the PPF to members of “distressed schemes” to their full entitlement under their original scheme rules. That will generally mean 100% of the contracted benefits to deferred members (those under retirement age) and pensioners including inflation linking to CPI levels or 3% per year.

If the government really believes that we are all in the Big Society together, then the benefits of guaranteed, fully funded workplace pensions, currently only available to the public sector, must be shared equitably with all retirement savers and pensioners. That is the only way to remedy our toxic pension legacy.