The government has finally revealed details of its replacement for the private finance initiative. What can we expect under the ‘Son of PFI’? 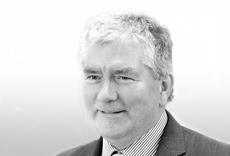 The government recently unveiled the much awaited “Son of PFI” - dubbed “PF2” - in this year’s Autumn Statement.

Initial industry reaction has generally been welcoming, although some commentators have questioned whether the proposal to increase equity investment in projects, partly through the government acting as minority equity investor, may actually make projects more expensive.

One eye-catching announcement is the requirement for the competitive tendering phase (project tender to appointment of preferred bidder) of projects to last no more than 18 months or risk having their Treasury funding reallocated. In principle, this shortened procurement period is good news for all parties, keeping bid costs down for contractors and bringing much needed infrastructure on stream quicker for contracting authorities.

Procurement by central government departments rather than sometimes stretched local authorities is likely to speed up the process but effective pre-tender preparation and procurement process management will be crucial.

Legal advisers on PF2 projects will also need to get to grips with a new standard form contract and accompanying guidance document which replaces SoPC4, the previous bible for PFI transactions. This draft contract, published initially for consultation, contains a number of changes which will affect both the works and services phase of a project.

One key change is the removal of soft facilities management (FM) services from the scope of the contract. These services will now be provided via short term contracts with the private sector or by the public sector directly. While this may address some of the previous concerns about flexibility of services and value for money (for example, the infamous and possibly fictitious case of a PFI firm supposedly charging £400 for a replacement light bulb in a hospital trust), potential interface risks will need to be carefully considered and managed. The project company will need to ensure it is fully protected where third party delivery of soft FM services may impact on operating and maintenance obligations.

The draft PF2 contract also shifts a number of risks that have traditionally attracted a high-risk premium from contractors back to the public sector. The financial risk of changes in law has often proved a battleground between funders, contractors and the public sector. PF2 now sensibly recognises that the relatively remote risk of additional capital expenditure being required as a result of a general change in law during the operational phase is best borne by the public sector.

Funders are also likely to test the limits of the guidance comment that in certain circumstances, for example where there is an extended construction programme, the procuring authority can also elect to take some general change in law risk during the works phase.

Where the procuring authority provides the site for a project, the risk of off-site contamination - which traditionally has proved difficult for the project company to pass down to the building contractor - will now be held by the public sector. Likewise, authorities will now be obliged to procure and warrant the results of ground condition surveys and title investigation reports.

Other notable changes include:

Over the coming months the changes in the contractual arrangements through which the government involves private finance in the delivery of public infrastructure and services are likely to come under greater scrutiny. If implemented sensibly PF2 could revitalise the market’s interest in
major public projects.