PPPs: Step back in time 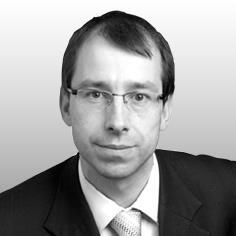 Last month I was transported back in time. Not alas to anywhere really exciting, like the court of Louis XIV at Versailles or the Rainhill Trials in 1829. It was a relatively modest eight years in the past but it felt like a long forgotten world.

I was at a conference celebrating public-private partnerships (PPP). In all, 25 years of them, covering projects in transport, energy and waste, healthcare, education, justice and culture, defence and IT.

But this was not a retrospective – the infrastructure equivalent of the life and works of Pablo Picasso, prolific, controversial, and now dead. This was a celebration of now, in a market where 67% of the public support infrastructure development through PPPs and last year saw the highest number of PPP projects in that market reach financial close. It was a country where 237 PPP projects have now been closed with an aggregate value of 96 billion in the local currency. I will leave you to dwell on where that might be. The answer is at the bottom of the column but I will give you a clue – it is not the UK*.

Back in the UK, the prostrate body of the PPP was in the midst of another kicking. Edinburgh city council closed 17 private finance-built schools citing safety concerns following the collapse of a wall at a primary school. A teaching union then waded in to demand a review of all PPP contracts in Scotland.

But comment south of the border was muted. Clearly the private finance initiative (PFI) is such a rare-sighted beast in England now that the press struggles to get excited about it. But that may be about to change. There are rumours suggesting the Treasury may be about to launch a proper programme of PF2 projects in the autumn; it would be fair to say a common reaction includes phrases like “you must be joking” and fits of giggles.

So the PPP conference last week was a perfect opportunity to reflect, in a somewhat detached way, on what I liked about the evolution of the UK’s approach to infrastructure development, and what we used to have that I would like to see revived, so that we can try to have the best of all worlds.

My first observation is that the world of PPP was too single project focussed. The UK approach to infrastructure development through water and energy utilities, Highways England, Network Rail and packaging of smaller schemes, for example Building Schools for the Future, has the advantage of supporting programme-level efficiencies. Although we have not yet fully realised the potential, a programme approach creates a platform for supply chain collaboration and investment in innovation and technology such as off-site construction. These are difficult to secure on a single project basis.

Second, PPPs did have an inherent inflexibility. By definition they are long-term contracts but, for example, for city transit schemes there is a rapidly evolving application of technology and associated customer expectation. Who pays the compensation event on the impact on usage of the driverless car? The next generation PPP will need to cope with much more change but that in turn requires more underlying trust and less reliance on the letter of contract.

Third, PPPs and devolution are well suited, provided there is strong support for procuring authorities through mechanisms such as the Infrastructure and Projects Authority’s Project Initiation Routemap. This is because it will never be efficient to build up in each city region of the country the delivery expertise that can be justified by a mega project such as Crossrail or a billion-pound programme at Yorkshire Water. And PPPs can help bridge the regional funding constraints which seem likely to endure in our fiscally highly centralised economy.

Finally, what I felt in that conference room was an endemic sense of pride and optimism and hope. This was a room full of individuals, from the public and private sectors, working together at a local level, investing in their region’s future, and, most importantly, PPP gave them a means to do so without having to beg or do deals with central government. It was a local liberation.

So if government wants to revive the PPP, its first step must be to absolve us all of collective guilt, advocating in public the positive story of their contribution to our economy and society – just like my host country last month.

* The answer is Canada