Preparing for Brexit: what can you do to protect your position?

While it is mightily difficult to predict exactly what the circumstances will be for construction next March, there are some options for businesses to mitigate any Brexit risk that may arise 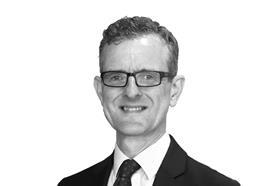 With the UK scheduled to leave the EU on 29 March 2019, it is extremely difficult for businesses to prepare for Brexit in circumstances where the likely outcome of the negotiation is little clearer now than when Article 50 was triggered in March 2017. It is none the less essential that businesses make contingency plans for a “no deal” outcome, whether they take an optimistic view or a pessimistic view of the long term consequences. The Chequers plan hammered out in July has virtually no credibility since it barely commands a consensus even within the Cabinet (after the loss of a number of key Brexiteers), while the EU remains united behind the commitment not to compromise on the four essential EU pillars of the free movement of goods, services, capital and labour as the basis of any deal.

With Liam Fox giving his view from the inside of negotiations that “no deal” is now an odds on bet, and few willing to give a contrary view, it is to be hoped that the optimistic view held by longstanding Brexiteers such as Peter Lilley of the consequences of “no deal” will be vindicated. However, warnings by analysts of the potentially dire consequences of “no deal” (or a “bad deal”) on impact on inward investment, and the availability and cost of labour and materials must be taken seriously. This has obvious implications for anyone preparing bids for construction contracts, particularly if they are likely to have a duration beyond March 2019.

One way to mitigate the Brexit risk is to negotiate “Brexit clauses” for inclusion in construction contracts. These could be a variation on the theme of price fluctuation clauses, simply stating that any increase in the cost of labour or materials (which need not be specifically linked to Brexit) beyond a recognised index will result in an adjustment of the contract sum. An alternative approach is to provide that in defined circumstances, Brexit will trigger a requirement to renegotiate certain provisions of the contract, on the basis that if the negotiations do not result in an agreed variation of the original terms, either party has the right to terminate the contract.

Obviously the inclusion of Brexit clauses would do little to mitigate the wider business risks associated with a “no deal” Brexit. These can only be addressed by being responsive to change and new opportunity in the face of inevitable uncertainty, seeking to provide an attractive offering in a diverse range of markets, and maintaining a positive relationship with clients, staff and suppliers in recognition that a “win together” philosophy is the best way to secure future success.

Tom Pemberton is a partner in the construction team at Goodman Derrick, the London law firm