Clients use Brexit clauses to shift risks onto suppliers

Some clients are stockpiling products in efforts to prepare for Brexit 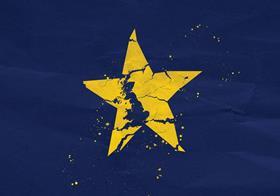 Clients are looking to protect themselves from rising costs and material shortages caused by Brexit, in a move that leaves suppliers on the hook for any increase in price or delays.

Guy Lougher, head of the Brexit team at law firm Pinsent Masons, said some clients were inserting Brexit clauses into contracts to transfer the risk of such extra costs and delays onto suppliers.

He said other clients had started stockpiling products in efforts to prepare for Brexit.

Will Waller, director at consultant Arcadis, said the stockpiling of materials was understandable as possible shortages would affect projects.

“You’re potentially not going to be able to get things to site. There is a threat to programmes on schemes immediately from a no deal,” he said.

Waller also said materials cost inflation would be exacerbated by a further fall in sterling – a likely outcome of a no-deal Brexit. “It would definitely be inflationary on cost,” he said.

Nuclear industry projects such as the £16bn Hinkley Point C face even more potential hurdles because of the nature of the materials required. Trade of sensitive nuclear materials is governed by the Euratom treaty, which the UK is likely to leave at the same time as Brexit, and without which exports and imports are illegal.

New Nuclear Watch Europe’s Tim Yeo said: “No-deal would put up serious barriers to trade, which might cause enormous problems for any new-build projects and prevent timely completion.”

Waller added: “There hasn’t been a lot of preparation in the industry for no deal.”

He added: “If you try to plan for any particular scenario, there are just so many permutations it makes it impossible.”