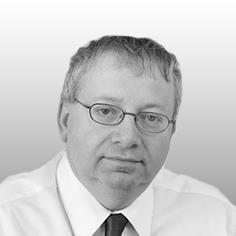 One of the key roles of a lawyer is to assist the client in ensuring that situations are documented correctly. However, owing to the dominance of e-communications, a cautious approach should be adhered to at all times.

People tend to have different mental attitudes to different forms of communication. These days’ letters tend to be the exception rather than the rule and the arrival of emails, twitter and other forms of social media mean that it is easier than ever to record the wrong thing. Readers will be familiar with some of the newsworthy cases regarding reputation management, and whilst the vast majority of communications regarding the construction and engineering world are unlikely to tempt the tabloids it is best to take care before pressing send both as to the content of the communication and as to its recipient.

As to content, the ease of email communication is such that parties do have a tendency to treat them with less care than the formal letter. It must be sound advice to remind any sender to hesitate and re-read before pressing the dreaded button of irretrievability. Modern technology has made it virtually impossible to advance the case after the event that a document was dispatched at a different time than that recorded.

Simply marking a document “without prejudice” will not necessarily protect it from the subsequent prying eyes of a tribunal if the content of that document was not truly without prejudice, for example a response to allegations is unlikely to be privileged from disclosure.

Also what you may consider to be safe to send to advisors may not be so secure. Briefings to experts under many circumstances will be discloseable in Court as an expert has a primary duty to the Court not to its client. Also there are only a limited number of recipients to whom privilege of documents extends. This was made clear in the recent Walter Lilly vs Mackay case where the protection of privilege was stated not to extend to a relationship between a person and another who is not in fact a qualified and practising lawyer, save in exceptional circumstances.

Finally, it goes without saying that not only should you be careful as to what you write but you also need to make sure that you keep a copy of it for future reference. Last year’s case of Jones vs Onyut showed how important it is to keep detailed and dated records of all correspondence on a project. Here it was found that a DVD recording of the site was a pretty fundamental piece of evidence and that photographs and site diaries were also very useful as evidence.

So before you press “send”, carefully check both the content and the recipients. But if you do press it, it’s worth keeping a copy.