Time bar clauses can provide a defence against claims for additional time and money. But when are they enforceable and why do two particular cases seem to show very different results? 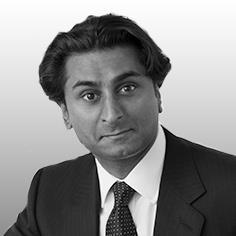 Non-lawyers often raise the most compelling legal questions. One such question concerned the enforceability of so-called time bar clauses. Readers will be aware that when such clauses are upheld they can provide a complete defence to what otherwise would be a good claim for additional time and/or money. Naturally, contractors in such cases feel the employer has received a “windfall” in circumstances where there was no actual prejudice to the employer caused by the late notification. Phases such as “technical defence”, “unfair”, and “constructive awareness of the delay” are also commonplace.

What the non-lawyer wanted to know was whether these clauses were enforceable under English law and, in particular, why two cases appeared to provide two different answers. She queried the point of having such clauses in contracts if they were not widely understood or consistently operated. The two cases she wanted to query were the Privy Council case of NH International (Caribbean) Ltd vs National Insurance Property Development Company Ltd (Trinidad and Tobago) [2015] and the first instance case of Commercial Management (Investments) Ltd vs Mitchell Design and Construct Ltd & Anor [2016] in the Technology and Construction Court.

In the latter case, the court held that the following notice provision was unreasonable pursuant to the Unfair Contract Terms Act 1977: “All claims under or in connection with this Contract must in order to be considered as valid be notified to us in writing within 28 days of the appearance of any alleged defect or of the occurrence (or non-occurrence as the case may be) of the event complained of, and shall in any event be deemed to be waived and absolutely barred unless so notified within one calendar year of the date of completion of the works.”

This was because the court found that the person required to give notice was not using the building and it was impractical to assume that he could be in a position to give notice within 28 days of the appearance of a defect. Would the position be different if the Unfair Contract Terms Act did not apply, she asked.

In the NH International case, the court was asked to look at notices to be given by an employer and whether clause 2.5 of the FIDIC forms of contract was a strict time bar. This clause sets out that if the employer “considers itself to be entitled to any payment under any Clause of these Conditions or otherwise in connection with the Contract”, it should, subject to certain specified exceptions give notice and particulars to the contractor. The clause says the “notice shall be given as soon as practicable after the Employer became aware of the event or circumstances giving rise to the claim”.

She asked, should clause 2.5 be construed as a time bar provision against the employer? Unlike the much discussed clause 20.1 of FIDIC (dealing with contractors’ claims), there is no specific time period stated in clause 2.5 and no clear words that an employer’s failure to notify will prevent him recovering damages from the contractor.

This appears to be in contrast with Bremer Handelgesellschaft mbH v Vanden Avenne Izegem PVBA [1978] 2 Lloyd’s Rep 109, where the House of Lords set out ingredients of an effective time bar – such a clause had to contain a precise time frame for notice to be served and include clear language that failure to notify within the prescribed time results in a party losing its rights.

Well, the Privy Council held that clause 2.5 is an effective time-bar stating “it is hard to see how the words of clause 2.5 could be clearer. Its purpose is to ensure that claims which an employer wishes to raise, … should not be allowed unless they have been the subject of a notice, which must have been given “as soon as practicable”.

If the employer could rely on claims which were first notified well after that, it is hard to see what the point of the first two parts of clause 2.5 was meant to be. Further, if an employer’s claim is allowed to be made late, there would not appear to be any method by which it could be determined, as the engineer’s function under FIDIC is linked to the particulars, which in turn must be contained in a notice, which in turn has to be served “as soon as practicable”.

This is an elegant question but can one really give a straightforward binary answer?