As the government opens bidding for its second wave of the Priority Schools Building Programme, it’s important schools and contractors consider the challenges ahead to make best use of the £2bn of extra funding 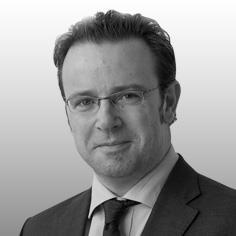 Picture the scene. The schools minister David Laws announces a huge £2bn increase in funding to refurbish (and in some cases to partially rebuild) schools that missed out on essential funding in the first wave of the Priority Schools Building Programme (PSBP) back in 2011. Construction pats the Department for Education (DfE) on the back for a job well done, and then quickly proceeds to focus on the new priorities that the second tranche of funding presents for the industry.

This reaction should have been what happened last month before the “Trojan Horse” scandal about radicalisation in free schools bubbled away and then finally exploded on to the news agenda. While the stories are of course separate in nature, an unrelated scandal in the education world has ended up casting a distracting cloud over the challenges that face both schools and contractors in making the best use of the £2bn in extra funding set aside by the DfE for wave two of the PSBP.

It’s particularly interesting to consider that when the funding structure for PSBP1 was unveiled, the DfE anticipated that its 261 target schools would be wholly funded using PF2. Yet this hasn’t been the case, and as a result it’s curious that capital expenditure is now the route that’s been favoured by the Education Funding Agency (EFA). Does this indicate an unwillingness to apply private finance on social infrastructure projects? The reluctance to use PF2 again is surprising, especially given that the EFA has opted to underwrite the cost of PSBS2 with capital spending. That being said, the guidelines also suggest merging local funding options with national financial support wherever possible - but this will have to be watched closely to ensure that a level playing field remains in place for those schools most in need of support.

Drilling down further into the guidelines, pragmatism is clearly the note that the EFA wishes to strike in terms of which schools are chosen to receive assistance. Almost from the outset, the document argues that “we do not want to raise expectations unrealistically and encourage speculative bids which are unlikely to be successful”. To that end, the DfE urges local authorities to nominate schools that are in need of fundamental support rather than those that could be dealt with using existing local programmes such as the Local Authority Co-ordinated Voluntary-Aided Programme (LCVAP). Although this is a laudable commitment to localism on the DfE’s part, for this to function there still needs to be a shake-up of the available data used to judge which parts of the country’s school estate are in the worst condition - and therefore most in need of intervention. This “data gap”, unless addressed in good time, risks causing delays in decision-making and, ultimately, to the procurement process.

Granted steps are already afoot to “fill in the blanks” in the data currently available to the EFA. The much-delayed Property Data Survey Programme is on track to release its findings later this year, and is likely to transform the list of priority regions across England that are in line for help. If this dataset provides the necessary accuracy, it will be a game-changing moment for schools, local authorities and contractors. With the survey, construction should receive the clarity it needs to deliver a new long-term pipeline of work, if the work is prioritised and effectively programme managed.

While PSBP2 will focus on replacing individual school buildings, we’re yet to be told the detail about how it will all be delivered. If individual buildings for different schools within a particular region need to be rebuilt, this could present challenges from a logistics and cost standpoint as contractors may need to respond to the challenge of working across numerous sites. Therefore affordability will need to be the watchword for the programme’s second phase, and it will be essential for the EFA to reassure the industry that it can chart a clearer course for construction at a time of continuing pressure on profit margins across the sector.

Ensuring that individual school projects are costed correctly has been a perennial challenge for contractors throughout the history of the programme and at the centre of this are the EFA’s often controversial baseline designs and Facilities Output Specification. Their often prohibitive restrictions have frequently caused schoolbuilders to claim they exert an adverse level of pressure on cost. Time will tell as to whether this remains the case, but at this stage it’s difficult to see how these requirements can continue to be delivered at current affordability levels at this next phase of the PSBP.