Scottish law isn’t just about a distinctive approach to assessing extensions of time. There are a number of other differences 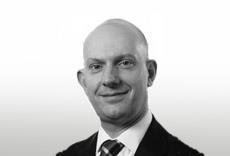 The different approaches of the English and Scottish courts to the assessment of extensions of time have received widespread comment recently – we now have a clear statement from the Technology and Construction Court (TCC) in Walter Lilly vs Giles Mackay that apportionment isn’t applicable to concurrent delay outside of Scotland. Most of us also probably know that “assignment” is called “assignation” in Scotland.

If your business operates on both sides of the border, it’s important to be aware of some of lesser known differences between Scots and English law, which could cause problems for the unsuspecting. Here are some examples.

Signing contracts Did you know that there are different requirements for the signing of contracts in Scotland? Unlike England and Wales, the way in which a contract is signed doesn’t affect the statutory time period for bringing claims under it?

Did you know there are different requirements for signing contracts in Scotland?

In English law, contracts can either be executed with a simple signature or formally executed as a deed. This distinction doesn’t exist in Scotland, where the only relevant signing formalities are those which make contracts “self-proving”.

Where a contract has this status, a party bringing a claim under it doesn’t need to prove - if challenged - that it was signed by the other. A statute sets out steps which have to be followed for a contract to become “self-proving”, with detailed requirements relating who should sign and the witnessing of those signatures. Although construction contracts don’t usually have to comply with these requirements, it is good practice if they do.

It’s well known that the English limitation period under a simple contract is six years from the date of a breach, whereas the equivalent period for deeds is 12 years. However, whether a Scottish contract is made “self-proving” or not, it doesn’t impact upon the period within which a claim can be brought under it. This is determined by “prescription” – a mechanism which is different from statutory limitation in English law, and which can leave parties open to claims many years after the equivalent claim under an English contract would have become time-barred.

Set-off The “self-help” right to set-off against payment - commonplace in construction disputes - is based upon different principles north of the border.

In practical terms, the end result is often the same. But it’s important to be aware of the difference in approach of Scottish law when exercising your right to withhold payment.

The most commonly-used remedy in Scots law is known as “retention” (not to be confused with an agreed retention from the contract price). Retention allows a party to withhold performance of its obligations under a contract - for example, payment - where the other party has failed to perform its own part of the bargain.

A key difference is that the scope to set-off across separate contracts - for example, by withholding payment on one contract where there has been an alleged breach of another - appears narrower in Scots than English law, where “equitable” set-off is permissible across separate contracts which the parties have by their conduct brought into close association with each other. The sensible approach in Scotland if you wish to make cross-contract claims is to include a specific provision allowing this.

Off-site materials and goods By a quirk of Scots law, where an employer agrees to pay a contractor for materials before they are delivered to site, the building contract cannot be used to transfer ownership of the materials to the employer. This contrasts with English law, where the parties to a building contract can agree to transfer the ownership of these materials once they have been set aside by the contractor and paid for by the employer.

While there are many similarities between the two legal systems - and plenty of opportunities to get jabbed by a thorn in both - people contracting north of the border need to be careful that they don’t get hurt when grasping the thistle instead of the rose.