Serious irregularity: Secretary of State for the Home Department vs Raytheon Systems Limited 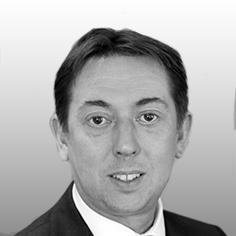 In 2007 the Home Office engaged Raytheon Systems Limited (RSL) to design and develop an “eBorders system” as part of the Home Office scheme to record advanced passenger information for checking against terrorist and crime watch lists.

As a result of delays and certain key milestone dates having been missed, the Home Office terminated the contract in July 2010. RSL claimed that the termination was unlawful and claimed substantial damages.

Arbitration proceedings were commenced, culminating in a 42 day hearing during late 2012 and early 2013.

The tribunal published its award in August 2014 finding that:
(i) the termination was unlawful
(ii) the Home Office had repudiated the contract
(iii) RSL had accepted the repudiation. The Home Office was directed to pay RSL substantial sums including £126 million for assets transferred to the Home Office.

The Home Office challenged the award on the basis that there had been a serious irregularity that had caused it to suffer substantial injustice.

Had there been a serious irregularity under s68(2)(d) of the Arbitration Act 1996 arising out of a failure by the tribunal to consider all the issues put to it? If so, should the award be remitted or set aside under s68(3) of the act?

The Home Office was successful in the first judgment on one of two liability grounds and one of three quantum grounds that it had relied upon.

The judge held that particular issues had been put to the tribunal which it had failed to address. As a result, substantial injustice had been caused to the Home Office.

In respect of the liability ground, the judge said this arose because the tribunal had not clearly dealt with the possible scenario that RSL might have been responsible for the delays. Had the tribunal considered this issue there was a real likelihood that it would have had to reconsider some of its key findings, which might have led to a different outcome.

In respect of the quantum ground, the Judge found that account should have been taken of the extent to which RSL’s Claim A4 costs related to any delay, disruption or inefficiency for which RSL was responsible. The tribunal’s failure to address the issue of responsibility for incurred costs caused substantial injustice given that £126m was awarded to RSL.

The judge dealt with the question of relief in the second Judgment. He concluded the Award should be set aside in total, to be resolved by a different tribunal. His reasoning included that:

(a) Both grounds of serious irregularity were at the more extreme end of the spectrum of seriousness in terms of irregularity. There was no suggestion that the tribunal had applied its mind to the large quantity of evidence before it and the tribunal’s reasoning for awarding £126m for assets transferred was “thin”
(b) It would be “invidious and embarrassing” for the existing tribunal to be required to be independent from all previous ideas and to re-determine the issues that were the subject of the successful challenge. Objectively, it would also seem that justice had not been done, or would not be seen to have been done if the tribunal subsequently came to the same conclusions
(c) It was unlikely that there would be any significant re-drawing of the issues in the arbitration
(d) It was anticipated that much of the factual and expert evidence adduced in the original hearing would be re-deployed
(e) It was unlikely the Tribunal would have significant recall of the evidence given the time that had passed and that would pass, particularly if either party opted to appeal the judgments.

Permission to appeal both judgments was granted.

The judge observed that no previous authority substantially mirrored the facts of the current case and there were relatively few judgments in relation to S68(2)(d) or s68(3) of the act. The available judgments indicated, more often than not, that the appropriate relief was remission.

The judgments include clear guidance on the factors that should be taken in to account in deciding whether to remit or set aside, which factors should include all of the circumstances as well as the ramifications, in terms of costs, time and justice of either option.

The judge acknowledged that there was no authority one way or the other regarding the relative seriousness of the established irregularity. However, the judge indicated that he viewed the irregularities as being at the extreme end of the spectrum and considered that the more serious the irregularity, the more likely it was that setting aside would be appropriate.