Small domestic disputes often get out of hand

A small domestic building dispute begins with a niggle and ends up like the gunfight at the OK Corral – but costing thousands of pounds. The pity is, it’s all so unnecessary

This case, said the three-man Court of Appeal “demonstrates, in a particular class of dispute, how wasteful and disruptive litigation can be”. So what was the particular class of dispute? Easy. It was a small building contract between a homeowner and a builder. It became a four-day trial before the first judge. That judge called the affair, “this very distressing dispute”. I have seen, felt, taken part and agonised over these awful home extension disputes. I do not know any solicitor, barrister, judge, homeowner or builder who enjoys taking part in them. None are suitable for the courts. Litigation here does not work. What will work? Negotiation? Mediation? Adjudication? Arbitration?

The arbitrator is the best option – someone who cuts through the bull, knows about building and has the authority to oust the nonsense that overwelms disputants

Let me tell you the story. Builder John De Guerin contracted with Mrs Jacqueline Rolf to build a garage for £34,000 and a loft extension for £18,000. The work did not go smoothly. Then it stopped altogether. By then £28,750 had been paid. The garage structure lacked roof and doors; the loft barely got started. Mrs Rolf paid out £20,000 to other builders to finish the garage. She looked to litigation and sued. Her claim by the time it got to the four-day trial was for £70,366.90. The judge in the Central London county court awarded her a mere £2,500. Seemingly, Mr De Guerin was entitled to walk away because Mrs Rolf’s husband “played an aggressive and interfering role which led to the breakdown of the contract”, said the judge. As to an award of legal costs, Mrs Rolf got nothing, nor did Mr De Guerin. The aggrieved lady then turned, at yet more expense, to the three-man Court of Appeal, not to complain about the amount awarded to complete the works, but on the matter of costs. She had spent out on lawyers, including a barrister. That court also decided to make no order for costs, and said it was a sad case about a lost opportunity to settle by mediation. I reckon that a settlement by mediation didn’t stand a prayer at all.

When a small domestic builder embarks upon a typical home extension, the good lady of the house begins well and so does the builder. She brews tea. At least that’s what happens for the first three days. Then the dust gets up her nose. There are blokes all over the house messing up her ever so comfy home. Then the blokes go missing. The job doesn’t progress. “It will all be finished come Christmas”, becomes “Easter”, then the 12th of never! The builder becomes re-branded as “the Cowboy Builder”. TV programme-makers love the drama. The dispute is born. It becomes personal. The “cowboy builder” sees the lady and her husband as hell bent on seeking money by way of revenge. The money claimed here was £70,000+. It was worth £2,500! And if you think you can mediate a neat solution with all these angry minds, go get a very big halo for that very big head.

The small domestic job doesn’t progress. ’It will all be finished come Christmas’, becomes ’Easter’, then the 12th of never

Now, in the Court of Appeal, the three learned judges regretted that this ever came to court. Why? It was financially crippling.
I bet Mrs Rolf thought she would get miles more than £2,500. People dig in. Mediation in that frame of mind is hopeless, because the parties have to persuade themselves against the selling job they do on themselves.

What instead? First, take the sting out of money payments. Put the contract sum, into a separate stakeholder account. Draw down interim fortnightly payments for the value of work done to date. Enter an adjudicator’s name in the agreement for disputes. The art is to match work done with money paid and use a standard form. Don’t have extras unless a price is agreed. Recognise that short tempers and thin management skills loom large at this level. Expect to finish late. And if you do get into disputomania territory, stay away from litigation. I am convinced that the arbitrator is the best option - someone who cuts through the bull, knows about building works, has experience at all levels of disputes, and knows that they have the authority to oust the nonsense that overwhelms disputants at domestic building extension level. Some arbitrators haven’t yet got the hang of the modern Arbitration Act. It has all the powers to make these domestic disputes a proportionate cost. Form a queue all you robust no-nonsense arbitrators. 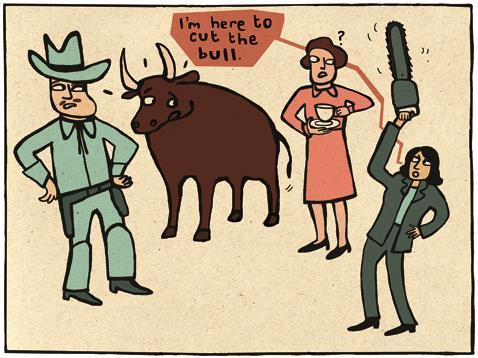