Sour taste of a sweetener

A recent case reminds those operating in the construction industry of the risks of bribery, and provides insightful guidance on how to mitigate bribery risk 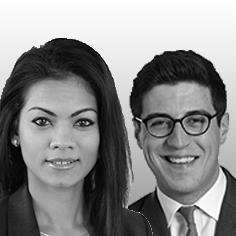 On 19 February 2016, Sweet Group plc was sentenced for an offence under the Bribery Act for failing to prevent bribery carried out by its UAE subsidiary. The subsidiary had made inflated payments to a consultant to win a project management contract for building a hotel in Abu Dhabi.

The recent prosecution of Sweett is a landmark case: it is the first case (there are more to come) of a company being prosecuted under section 7 of the Bribery Act, under which companies are held criminally liable for failing to prevent “associated persons” from committing bribery. “Associated persons” is broadly interpreted, covering consultants, agents, suppliers, contractors and employees - anyone who performs services on behalf of the company.

In essence, the Bribery Act requires companies to put in place adequate procedures and then monitor, to a reasonable extent, the business activities of their associates. As Judge Beddoe said: “The whole point of section 7 is to impose a duty on those running…companies throughout the world properly to supervise them. Rogue elements can only operate in this way - and operate for so long - because of a failure properly to supervise what they are doing and the way they are doing it.”

Construction is an industry where projects are international, supply chains are complex, there is frequent use of agents, bidding for public sector contracts is competitive and political connections useful. All of these factors increase the risk of an associated person engaging in bribery, but the same factors can hinder the UK parent company from effectively supervising the activity of these associated persons.

How can companies in the construction industry protect against a breach of section 7? The only defence is that the company has in place “adequate procedures” - compliance systems and controls to prevent corruption which a prosecutor would deem adequate. A prosecutor looks for a compliance system which is proportionate to the nature and complexity of a company’s business. So those in construction would generally be expected to have sophisticated compliance systems. This would require the company to, at a minimum, conduct risk assessments of existing and future projects, carry out due diligence of business associates, monitor the purpose for and authorisation of payments to third parties, ensure all consultancy relationships are transparent and detailed in contract, ensure that all contracts entered into have anti-bribery clauses, enforce a transparent gifts policy, keep clear books and records, review auditors’ reports for red flags, and educate employees on bribery compliance. Each company would be wise to take advice on a bespoke system which encompasses all divisions of the company, such as sales, accounts and marketing.

Companies are reminded that a lack of knowledge of an associated person’s corrupt activities is no defence. Nor is the fact that commission or grease payments may be a regular feature of business culture in the country where the bribe was made. Sweett was prosecuted regardless of the fact that the bribe was paid in Dubai by its UAE subsidiary.

Compliance with the Bribery Act merits close consideration, as penalties can significantly impact share price. Fines of up to 400% of the benefit of the associated contract can be imposed - in the construction industry where contracts are commonly in the tens of millions of pounds, this sum is potentially gigantic. Note that the fine is not capped at the value of the bribe - Sweett was ordered to pay about £2.3m when the bribe was circa £680,000.

Offending companies may also be debarred from bidding for public contracts. This is of particular significance in the construction industry - for some companies, such a prohibition could impair its entire business model.

Finally, directors and employees can be found personally liable and face prison sentences of up to 10 years.

So what should companies do if they learn that an offence has taken place? Companies may learn of a bribery breach after the event, at which point it is advisable to instruct lawyers to conduct a privileged internal investigation. Lawyers can assist a company to handle communications with the press and, where necessary, a prosecutor. Such communications must be handled delicately and timing is key - Judge Beddoe criticised Sweett for self-reporting only when it learned of an imminent press report. It was also criticised for not fully co-operating with the SFO’s investigation in the initial stages and attempting to conceal the bribe. In contrast, in the recent case of Standard Bank, the bank’s early self-reporting, willingness to investigate, and responsiveness to the regulator’s requests were factors in the bank reaching a deferred prosecution agreement with the SFO and avoiding conviction.