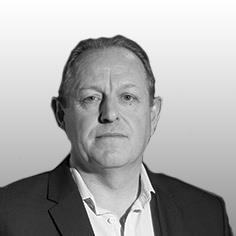 With the final weekend of campaigning now complete my main feeling (aside from exhaustion) is one of nervous anticipation that actually things aren’t going to be as bad as the polls predict for the Liberal Democrats, or is that just wishful thinking?

It has become very clear that there are still a great number of people who are undecided, confused about who to vote for and very glad that it is all coming to an end.

My main feeling is one of nervous anticipation that actually things aren’t going to be as bad as the polls predict for the Liberal Democrats, or is that just wishful thinking?

Over the past five weeks we’ve seen little change in the polls and it will be interesting to see if any major shifts happen on the election night or whether we head straight into coalition discussions. I feel that all the focus on a hung parliament has meant that, rather than the parties talking to the electorate about what they will do if they get into power, they have instead focused on what the other party will do or who will or won’t go into a coalition.

My hopes for Epsom and Ewell are that I hold on to a strong second place, dent the impregnable Tory majority and hang on to the council seats that we are working so hard to defend. For the rest of country, I hope that we maintain a strong Liberal Democrat representation and that we have a chance to influence and control the ideas being put to the country by the government.

Lots of people have mentioned to me in the last few weeks that they would prefer to vote for a coalition, there doesn’t seem to be a real appetite to allow either party to govern alone.

Finally with UKIP polling at 12%, the greens at 5% and potentially winning few or no seats and the SNP polling at 4% but potentially wining 40 seats, it would seem that our first past the post voting system is dead. Or at least maybe it should be if the voice of the people is truly to be heard, because whatever that voice might be, coalition politics is here to stay.