In projects where a large number of variations have taken place, should the contractor argue that the entire scheme of work be re-priced? 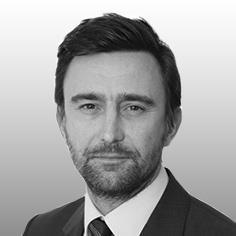 When projects experience significant change the parties will often struggle to keep up with the contractual processes for recording and pricing variations.

At the end of the job, the contractor will often face the unenviable task of retrospectively assembling a huge volume of paperwork to support its variation account. In extreme circumstances, the exercise may be impossible.

The number of variations may be such that untangling each one, and identifying a formal instruction, is not feasible. In any event, the contract rates may not cover the costs arising from the disruptive impact.

Such hurdles will sometimes mean that the contractor argues that the variation mechanism can be abandoned in its entirety, with the full scheme of works being entirely re-priced on a cost-plus basis.

Establishing such an entitlement will be a challenge, albeit there is some limited case law that indicates that the English courts may have the discretion to follow such a revaluation option.

The contractor’s case in such circumstances has some merit. After all, if the parties agree, during the course of the project, not to operate the contract process for administering variations then why should the contractor be required, on completion, to retrospectively establish entitlement in accordance with that same process? Not least because at that stage, this will represent a much more onerous exercise. But, more often than not, the contractor will fail with this form of claim, and the recently reported case, Secretary of State for Defence vs Turner Estate Solutions Limited, was no different.

The case reminds us of the obstacles a contractor must overcome. A variations clause is a mechanism allowing the employer to unilaterally order changes to the scope and which, in turn, triggers payments to the contractor. If the contractor is going to establish that the contract mechanism’s procedure and rates do not apply then it needs to show that the changes are not governed by that clause.

In the first instance, the decision of McAlpine Humberoak vs McDermott International, a case dating from 1992, the court found that the contract had been frustrated because of the large volume of variations. This meant that the contract had effectively come to an end allowing the court to re-price the whole of the works undertaken on a ™reasonable basis∫, rather than being constrained by the original contract pricing structure and variations procedure. The contractor’s joy was short lived, as the Court of Appeal overturned the decision.

The contractor in the recent Turner Estates case adopted a different line of reasoning. The variations mechanism only allowed the employer to order changes during the ™design and construct period∫ of the project. Since a great deal of the extra work was ordered after this specified stage, the contractor argued that the contract rules governing variations were not applicable.

The contract contained a very complex open book pricing structure which needed to be operated contemporaneously because it involved monitoring actual cost against target cost on a real time basis. The contractor therefore argued that it was not feasible, or open to the parties, to administer or value variations retrospectively.

The court was not persuaded. It found that the contractor had to establish a right to be paid for each and every change under the contract mechanism, and that there was no reason why this could not be fully assessed at the end of the project. While it may have been the case that variations were undertaken at a stage when the employer no longer had a power to instruct, the contractor would then have no entitlement or its right would arise outside the contract.

After all, while a contract variation mechanism gives the employer the right to unilaterally order changes to the scope, there is no reason why the parties cannot agree changes outside of this procedure. The money then due to the contractor will depend on the precise circumstances but, in the absence of a formal agreement as to the price, it is likely that a court would value such work in accordance with the contract rates and prices. After all, that is the commercial background under which the parties were operating.

Therefore, a contractor’s strategy of re-pricing its work on a cost-plus basis where there has been a large number of variations will often turn full circle.

Even if it can establish that the changes to scope have been instructed outside the contractual mechanism, a tribunal will still need to need assess a reasonable price for such work. This assessment will often then lead back to the contract rates and the contractor finds itself back at square one.