The white paper begs many questions. It could take years to find the answers 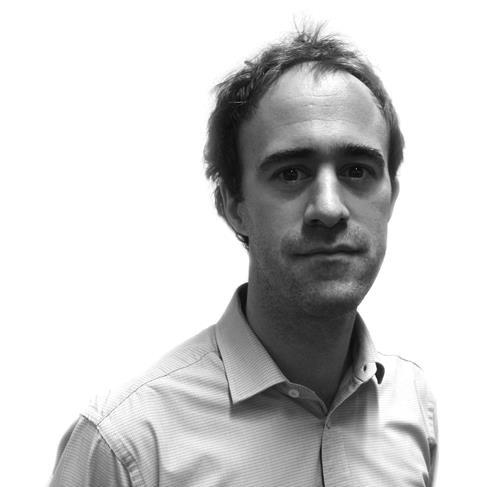 Governments will always tell you that their latest policy tweak amounts to a radical overhaul of this or that system. In that sense, last week’s white paper was a breath of fresh air – a “radical” policy reform that was actually just as radical as it claimed.

First things first, though: there is no doubt that there are many housebuilders and developers who are getting very excited by the vision outlined by Robert Jenrick, the secretary of state. In short, it is a system where the planning risk on a site is effectively halved: communities have one bite at the cherry when objecting to a scheme, rather than two.

At the moment schemes can founder both at the local plan stage and at the individual application stage but the new system will see sites zoned in “growth” areas, for which the local plan allocation itself confers permission. Only the reserved matters will need sorting out. It is no exaggeration to say that this is potentially the biggest shift in the system since it was devised in 1947.

Developers are also excited about the proposals to reform developer contributions. Again, they look set to get more certainty from the proposals but – crucially – they will also not have to pay the levy until later in the process.

This will work wonders for their cash-flow modelling and in some cases could be the difference between schemes being viable or unviable.

However, while it is radical and positive for developers, it will be hugely controversial. I hear that it was no accident of timing that this was released with parliament in recess – a practice that would have been viewed as an outrage prior to Boris Johnson’s government.

Labour has already branded it a developers’ charter – as you might expect – but probably more significant will be the extent of opposition within the Tory party itself.

This white paper, on the face of it, marks an about-turn from the “localism” of the David Cameron years. While the rhetoric is about empowering local people, the only genuine political expression of the will of local people – local councils – under this vision sees their powers stripped back, control reduced and status diminished.

Not only will councils have decision-making power over individual applications taken away from them, they will also lose the ability to set their own planning policies in their areas. Under this system, planning policies will all be set nationally, with local plans restricted to zoning and permitting sites and controlling the development standards to which schemes must be built.

Yes, they will get to draw up vital design codes and allocate sites – but these are fine details next to the bigger picture control they have been used to.

Most significantly – at least symbolically – will be the fact that this will see the re-imposition of top-down housing targets. Eric Pickles, the first planning secretary in the coalition government, used to deride Labour’s “Soviet tractor-style, top-down” regional housing targets and he was very proud of having abolished them. But this proposed system sees targets imposed from Whitehall – even farther than Labour’s regional strategies were from the local communities purported to be at the heart of the reforms.

This is not to say that these reforms are necessarily bad – just that their centralising nature means they are likely to be strongly resisted by those in local government keen not to lose control.

Ultimately, however, perhaps the most striking thing about this document is quite how many questions are left simply unanswered – certainly for a white paper, which is in normal times supposed to be the immediate precursor to legislation. There are simply too many unknowns to list them all here but there are three or four enormous questions left hanging that will ultimately determine whether this will be as historic and radical a change as it might appear. They are:

1. How will the government ensure that councils actually prepare these new-style local plans in the 30 months stipulated? This is probably the biggest question. Because, alongside that, a set of other issues present themselves:

What will happen to councils that don’t manage to do this? How will the planning system work if local authorities simply don’t play ball? How on earth are authorities being expected to cut the time taken to draw up a plan by two-thirds, when the documents have the additional significance of actual granting permission? And will they be properly resourced by government to do so?

The white paper talks vaguely of sanctions for local authorities that fail to deliver the plans but sanctions exist in the current system and have never been used. The government said it would ensure all local authorities pulled together new plans when it first published the NPPF but here we are, eight years later, and many haven’t done so.

It is just simply very difficult to do – and threats or exhortations will not necessarily work. Authorities will need real incentives and hugely increased resourcing to get this done. Remember, the government is calling for a far greater level of community engagement in plan-making than ever seen before.

2. Will the government do anything to force councils to zone land for “growth”? The “growth” zoning is the genuinely radical part of the government’s plan – it is what confers the automatic permission. But it doesn’t seem, from what the government has published, that there will be anything specific requiring councils to allocate a certain proportion of land to “growth”. Or any incentive for them to do so.

In which case, it is very easy to imagine that councils will simply zone the vast majority of land in the other two categories – “renewal” and “protection” – that are, frankly, not that different from the current system. The government may imagine that its top-down housing targets will set such a high target for authorities that they will need to zone land for growth to stand a chance of hitting them – but I am sure that many will back themselves to deliver housing numbers while retaining, in large part, their usual democratic control, by zoning for renewal or protection.

3. How will a council’s housing requirement be determined in areas of high demand, which are constrained by green belt or other designations? This may sound like a very nerdy and detailed question – but it has enormous relevance to growth in the wider South-east and explains why it is so important to know how the government intends to force the hand of local authorities that don’t stick to the local plan timetable.

Currently many of the areas in the UK with the highest house prices and worst affordability are in the Home Counties surrounding London – areas which should have been planning already for lots of building. But many are also largely covered by metropolitan green belt – land protection which, in policy terms, trumps everything.

It means that it has paid off for some of them not to bring forward local plans – because, unlike other areas, failing to plan does not leave them at the mercy of speculative development: the green belt designation saves them.

Last week, the government set out a formula for its top-down housing target based on current stock levels, projected growth and affordability, which you would think would leave these authorities with huge targets to meet. But the white paper says – vaguely – that the targets will factor in land constraints. But no clue is given as to how that might work, or the extent to which these areas will be let off from their duty to build.

Without knowing this, it is hard to understand how the demand for housing in the wider South-east will be planned for. This also links to a wider question, prompted by the decision in the white paper to abolish the duty of neighbouring authorities to co-operate with each other.

There is no sense given of how anything “more than local” – crossing council boundaries – will be planned for. How will the best location of new settlements be determined? The right route for new roads or rail links? The location of a regional freight depot? None of this is even hinted at.

4. How much will all of this change before it becomes law and policy? This last question links in to the extent of opposition that these policies will face, particularly from within the Conservative party. This is a white paper, so technically legislation could follow swiftly in the new year, though it seems distinctly possible, given how the white paper is drafted, that further consultation will be needed.

The government may be able to use its solid parliamentary majority to get these changes through quickly, and relatively unscathed. But recent months have shown the strength of organised backbenchers in forcing the government to change its plans – from Huawei to free school meal vouchers. If there is unrest in the shires over the rolling back of localism, then the government may be forced to alter its trajectory on these reforms.

The extent of these questions underlines the fact that this is very definitely not a quick fix. Hence, this can have nothing to do with a response to the post-coronavirus economic crisis – any assertion otherwise is just spin.

Political insiders suggest that the quickest any resulting legislation is likely to be implemented in law is the latter half of 2022. From then, the first local plans will take 30 months – if they go according to schedule –  so it will be early 2025 before the first applications are submitted under the new system if there are no delays.

It is no surprise, then, that the Royal Town Planning Institute has warned that the reforms could actually slow down the planning system in the short term. It does not mean it is the wrong thing to do – but this is not something that will get the economy moving until after the next election, if ever.

For all of these reasons, it will be some time before we really know enough to be able to pass judgment on this.