New legislation for the capital, coupled with better organisation of construction deliveries, could make a significant impact on London’s air quality 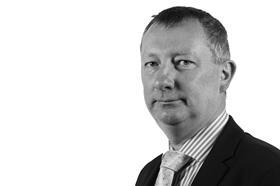 The role of the construction industry is continuing to evolve and change, as supply chains become more complex and solutions become more integrated. Responsibility for our communities is also becoming more widely shared.

The London Ultra Low Emission Zone (ULEZ), which goes live today, is an important component of this for the London community.

However, the potential consequences for this change are not insignificant. Research from our team at the London Construction Consolidation Centre, which operates out of Silvertown and services build projects throughout the capital, indicates that a third of construction vehicles delivering to sites in central London’s new ULEZ are not compliant with the tighter exhaust requirements. From today, non-compliant HGVs will have to pay £100 to enter the zone, while non-Euro-6 vans and smaller vehicles will pay £12.50. On a typical central London project there are about 300 deliveries daily, so if there are 100 non-compliant vehicles, some sites could be paying a total of £10,000 in charges per day.

Most importantly for public health, whilst Euro level 6 for commercial vehicles is a positive step in reducing particulates, it does not make a significant enough reduction in CO2 emissions. Such improvements must be married to other, better ways of working to improve air quality in London.

There is a complimentary way to promote clean air: better organisation of construction deliveries. Instead of having thousands of LGVs and HGVs making discreet deliveries to numerous sites, why not consolidate those deliveries on the outskirts of the city and use fewer vehicles to deliver to multiple sites? These facilities (Construction Consolidation Centres, or CCCs), together with the associated technology required to run them, already exist and yet a minority of projects are using them.

The science behind CCCs is compelling, particularly for the London area. The TfL report ‘Re-thinking deliveries’ stated that “the implementation of the London Construction Consolidation Centre (LCCC) demonstrated the number of vehicles travelling directly to the construction site reduced by 68%.” A report produced by WRAP also showed that as a direct result of the reduction in vehicles there was a reduction of CO2 emissions of around 75%.

Presented with an opportunity to take a more expansive view on wellbeing, our industry should be leaping at the chance to lead the way on initiatives that have a positive impact on community health, especially when they simultaneously drive more efficient ways of working. The City of London Corporation has already showed leadership, making the use of consolidation centres during construction a condition of planning for some developments. If cleaner air is a real priority, making this practice more widespread cannot happen too soon.

Keith Winterflood is director of logistics at Wilson James