By developing its own laws and legislation, Wales is safeguarding itself against a one size fits all approach to government and allowing it to make sustainability central to its decision making 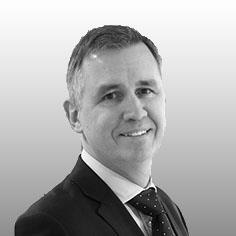 In developing its own laws and legislation, one of the key principles established by the Welsh government is the requirement to promote sustainable development through all its legislation and across all sectors. The idea is that such unilateral thinking will encourage all organisations in Wales to become more sustainable, to make decisions that produce the best long-term results for themselves, and for Wales. Ultimately the concept of sustainability will be at the heart of all government decision making.

The fundamental ethos of sustainability has since formed the basis of three pieces of legislation which are intended to secure the long-term well-being of Wales. Two have recently come into existence and one will be introduced early next year.

The Well-being of Future Generations (Wales) Act 2015 is considered to be ground breaking in its field. It provides a set framework for public bodies in Wales to follow ± which addresses the principle of sustainable development in meeting the needs of the present, without compromising the ability of future generations to do the same.

Sustainable development is defined in the act as the process of improving economic, social, environmental and cultural well-being of Wales with the aim of achieving a prosperous, resilient, healthier, more equal Wales with cohesive communities, a vibrant culture and thriving Welsh language underpinned by globally responsible actions.

The act establishes a future generations commissioner for Wales whose role is to act as a guardian of the interests of future generations and to support public bodies in achieving their goals. It also establishes public services boards, which must publish a local well-being development plan, for each local authority area. These boards consist of the local authority, local health board, the Welsh Fire and Rescue Authority and Natural Resources Wales.

The Environment (Wales) Bill aims to put in place the legislation needed to plan and manage the natural resources of Wales in a proactive and sustainable way, and to establish a legislative framework to tackle climate change.

It’s a bill that is all about building the economy, not restricting it

The bill’s content is all encompassing, covering at least eight different areas including natural resources management, climate change targets, waste management and charges on carrier bags, management of shellfish fisheries, marine licensing, land drainage and the establishment of a flood and coastal erosion committee. It is anticipated that the bill will receive Royal Assent by spring 2016.

The Planning (Wales) Act 2015 was granted Royal Assent on 7 July 2015. It is the first separate planning act for Wales since the issue was devolved and is a significant step in the creation of a distinct planning system in Wales.

The act aims to deliver a planning system which is fair, resilient and enables development, helping to create sustainable places where people have improved access to quality homes, jobs and infrastructure, while protecting our most important natural and artificial environments.

It will impact the way planning occurs in Wales on three levels:

Among myriad improvements to the planning process in Wales, one of the key priorities of the new bill is to clear the path for development projects of national and international significance to be developed free from the red tape and constraints that have typified previous large-scale infrastructure and development projects in Wales.

Forthcoming projects like the Cardiff city metro project and the Swansea Tidal Lagoon are perfect examples of the type of large-scale, landmark projects that will benefit from the shackle-free approach to planning law in Wales.It’s a bill that is all about building the economy, not restricting it.

With the implementation of these latest bills, it’s clear to see that the political, legal and economic landscape in Wales is devolving from our geographic neighbours. From a legal perspective what is becoming clear is that Welsh law is developing at a pace, and anyone considering doing business in Wales should ensure they are aware of these differences. Only time will tell whether the acts will achieve their goal of creating a healthier, wealthier and greener Wales.