With the introduction of Kit Malthouse as the latest housing minister, TLT’s David Smithen hopes that he will resist the temptation to demonise the development industry 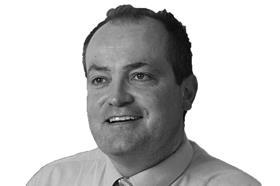 Whilst sections of the media have chosen to focus on Kit Malthouse’s reported “zero-tolerance approach to rough-sleepers” when Deputy Leader of Westminster Council in 2004, we must all hope that he arrives in post as the new Housing Minister (the fourth in only two years) with a very clear grasp of the ongoing housing crisis and the need to create real cross-party consensus to tackle the big issues.

There are some positive signs to be encouraged – such as the rise (and increasing regionalisation) of the Build-To-Rent sector, as evidenced by the BPF’s research published last week. UK Real Estate remains a highly investable product – both for UK-based and overseas funds.

It is also to be hoped that local and central government will be increasingly committed to making land available for all types of residential development all the while lending support to the social housing sector. There are currently some interesting ideas afoot around making CPO more affordable for redevelopment and expanding the Public Land Initiative, so as to lower some of the barriers that currently impede commercial and residential development. Hopefully the new Minister will be open to fresh-thinking generally.

In terms of direct subsidy, Help to Buy has certainly made a difference to many buyers – although many commentators are sceptical that it is really a sustainable solution to the affordability issue. Indeed, recently published government data suggests that this 2013 Coalition initiative to assist cash-poor buyers is now benefitting buyers who could easily proceed without that subsidy. There is also some anecdotal evidence that average house prices have become even more inflated as a result of the availability of Help To Buy – fuelling the affordability problem it sought to challenge. It seems likely that the Housing Minister will be under pressure to refine such initiatives, to re-focus on their original objectives.

In doing so, I do hope the Minister will resist the temptation to demonise the development industry – which is under very significant pressures of its own due to protracted planning-processes on new sites; increasing building materials costs and a construction skills shortages. Brexit compounds many of those issues of course.

The main hope, though, is that all the major political parties finally accept that they need to genuinely work together and commit to some long-term solutions that are (like the housing crisis itself) bigger than any one party and last well beyond any one parliamentary term.

David Smithen is a partner at TLT LLP