If you refer a case for adjudication but don’t like the look of the appointed adjudicator, can you send him packing and ask for another one?

’Well now,” said Mr Justice Akenhead, “This case raises an interesting point in the law relating to adjudication as to what happens legally when a party who institutes a reference to adjudication does not want, for good or bad reason, to go ahead with the nominated adjudicator. If it abandons that reference, can it go ahead
with another reference for the same dispute or not?”

Let me tell you the story. The appointing body appoints Joe Bloggs as adjudicator but the referring party can’t stomach this fellah, thinks he’s a twerp, or otherwise deficient, and decides not to take the next step - serve the referral. No, thanks, we don’t want him!

About a year or so ago, the lawyer now acting for Galliford Try had a stack-up spat with the consultant representative on the other side. It got so heated that the consultant threatened “legal action” unless the lawyer wrote to the adjudicator withdrawing what was said to be disgraceful tactics, nonsense submissions, spurious and facetious somethings. The adjudication continued and the consultant’s client came second. The consultant even incurred a bad debt. They all went their separate ways. Now, wind the clock forward the year and a bit. Galliford Try has a brand spanking new dispute. It is unconnected with the previous one. The opponent is Lanes Group. It is doing a fair-sized roofing and glazing subcontract for Galliford on the train depot in Inverness, not far south of Iceland. Galliford’s favourite lawyer called upon the nominating body for an adjudicator to sort out the dispute with Lanes. Guess who was appointed? It was the consultant who had the row with Galliford’s lawyer on that other dispute. But this time he was in the saddle as the dispute decider.

What would you do if you were Galliford? Well, it decided that it would simply not serve the referral document. It had two days to do so after the adjudicator was appointed. It deliberately didn’t turn up and Galliford said farewell to the adjudicator. Then it asked the appointing body to appoint someone else and it did. “Wait a moment,” said the other party (Lanes), “you’ve started, so you’ll finish.” Galliford said that since the referral is the first step and since it was still in their office, the adjudication wasn’t started at all. By now the next adjudicator was in the saddle. Galliford gave a thumbs-up and served the referral. Mind you, if they hadn’t liked the cut of his jib, they might again have waved farewell - and to the next and the next. Got the idea? Lanes became fed up with this. They came to court for that injunction. They said Galliford’s behaviour was unfair, unreasonable and oppressive, such that it amounted to a breach of the adjudication agreement and an abuse of process, which ought properly to be restrained by the court. That’s where Mr Justice Akenhead comes in.

The understandable argument by Galliford was that the row last year between their lawyer and the now adjudicator raised the prospect of bias. So they said they had good reason to say no thanks. “No,” said the judge. He could see that there was some apprehension about the appointment. But a “heated spat” 14 months before wasn’t enough to now believe that the adjudicator would act anything other than fairly.

Lanes argued that Galliford had no excuse and had repudiated the adjudication clause and wasn’t entitled to come round again.

Mr Justice Akenhead rejected a notion of a repudiatory breach of a statutory right to adjudicate. So that argument failed too; therefore no injunction. In fact, on the face of things, if the referring party doesn’t “like” the adjudicator, it can withhold service of the referral document until it gets someone it does like. “Clearly that would involve what would be perceived by many as an abuse of the contractual statutory process,” said the judge. But then said: “There is a respectable argument, albeit not deployed in this case, that one can only refer a given dispute once to adjudication,” (unless there is a good reason to refuse to continue). “It would be wrong to express any concluded view on this because I have not heard detailed argument on it.” Meaning: he would not rule out the possibility of an injunction if he had heard it. 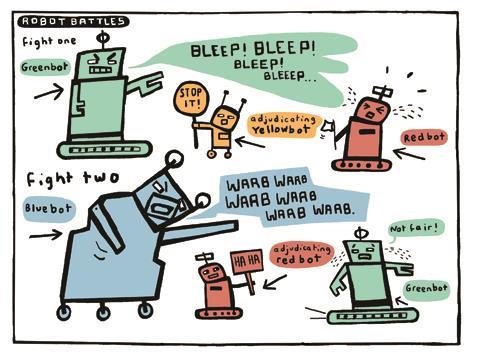