Why don’t we care more about preserving biodiversity?

The devastating impact of climate change is now widely known but the gradual degradation of our planet’s biodiversity is just as detrimental to its health, says Sadie Morgan 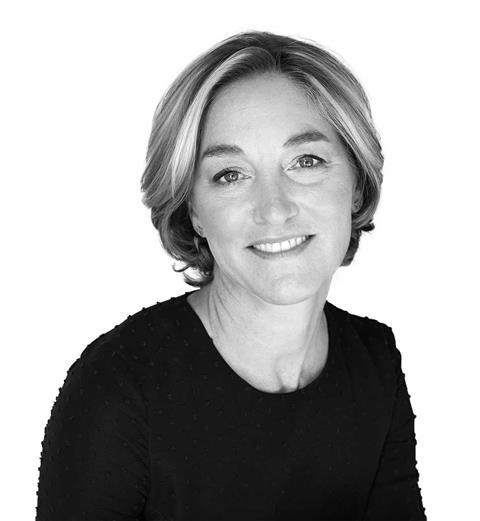 With far less visible fanfare than last year’s COP26 event in Glasgow, this month sees the launch of COP15 – the UN biodiversity conference taking place in Kunming, China. The event is a descendant of the Convention on Biological Diversity (CBD), which began in the 1990s and brought global focus to the worsening state of planetary biodiversity.

As COP15 coincides with the start of spring (25 April to 8 May), it feels timely to ask what progress has been made over the past 30 years against the CBD’s warnings, and whether the design and construction industry is doing enough generally to address the problem of biodiversity erosion.

In 2020, the World Wide Fund for Nature (WWF)’s Living Planet Report showed that global biodiversity loss was at its worst, with biodiversity “being destroyed at a rate unprecedented in history”. So why has barely anyone heard of COP15? Or, if they have, why aren’t they making more noise about it?

Biodiversity erosion is slow and often silent. But it is as detrimental to the health of our planet as climate change

Perhaps it is because the effect of biodiversity degradation is less immediately visible than the consequences of climate change. Scenes of flooding, storms, melting icecaps and forest fires have instant impact. But photography and footage cannot easily capture the fact that 9.2% of European wildlife species are threatened with extinction, or that all birds, mammals, and amphibians have been becoming extinct between 100 and 1,000 times faster than expected.

Biodiversity erosion is slow and often silent. But it is as detrimental to the health of our planet as climate change. The two are mutually enforcing problems.

In an industry-specific context, climate change has been pushed to the forefront of architectural production. Our profession has had to rapidly convert its default design approaches to meet carbon neutrality targets, having a direct influence on how we build and how we drive value.

Biodiversity erosion appears to demand less from us. Where it has become common knowledge that the construction industry is responsible for 40% of UK carbon emissions, a respective figure for biodiversity loss is not yet on the tip of our tongues.

In spite of this, there have been some recent initiatives that shed more exclusive light on the issue of biodiversity. On a national level, the 2021 Environment Act has introduced new mandatory biodiversity requirements for planning applications in England as of 2023, including a biodiversity net gain (BNG) of 10% on all new development.

The National Infrastructure Commission (NIC) also published guidance for infrastructure projects outlining the need for natural capital and environmental net gain in 2021, with its reports highlighting the fact that “nature and the biodiversity that underpins it ultimately sustains the UK economy”.

The Architects Declare initiative, which launched in 2019, has always placed biodiversity loss on a par and inextricably linked with the climate emergency. Their practice guide, launched in 2021, includes 11 key points around designing through nature-based solutions and in concert with best ecological practices.

One of the 11 points focuses on “design for wellbeing”, elaborating on how ecosystem services can promote health and wellbeing in urban communities.

This focus aligns with one of the framework pillars established by the Quality of Life Foundation, which I set up in 2018. Our six pillars characterise the most prevalent values that have been found through people-led research to promote wellbeing within communities and designed places.

“Nature” is one of those six values and has always been a key element in our understanding as a foundation of what makes people happy in the places they live and work.

While we need to better recognise and measure the benefits nature has on quality of life, we also need to act and design with care and be conscious of the integrity of existing habitats

In 2020, during the covid-19 pandemic, the foundation held an online discussion that focused on the importance and benefits of having access to nature in communities. But panellists also discussed problems related to people inhabiting public green spaces, such as increased littering.

Their conversation was representative of the complex relationship between biodiversity and urban living – that, while we need to better recognise and measure the benefits nature has on quality of life, we also need to act and design with care and be conscious of the integrity of existing habitats.

Movement on and awareness of the biodiversity agenda is still limited, requiring more attention, joined-up thinking and collective action. As it sits within a cluster of issues to be tackled – including environment, housing, social divide and mental health crises – the erosion of biodiversity has struggled to take the top tier on the marquee of how we fix our built world.

So let’s hope that the global focus on COP15 will swell, giving biodiversity a leg up on the local agenda so as to press government, local authorities and the private sector to devote more attention to conserving and enhancing the diversity and resilience of our wild and natural world.