As the supermarket giants pull out of big local projects, the construction industry is starting to value and quantify the crucial role retail plays in communities 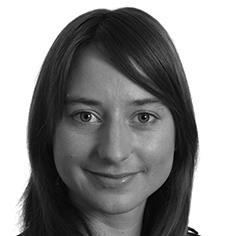 Once considered a titan of British corporate success, Tesco recently posted a whopping pre-tax loss of £6.38bn, believed to be the biggest loss ever recorded by a UK retailer. After spending more than a decade battling planners to build stores in every postcode, Tesco has slammed the brakes on new stores and is pulling the shutters down on many more. What is perhaps more concerning is that Tesco is not alone. Of the so-called “big four” supermarkets, which includes Tesco as well as Sainsbury’s, Morrisons and Asda, most are shelving expansion plans or even closing stores.

Understandably, much attention has focused on the resultant financial losses - declining sales, lost revenue, tumbling store values and share prices – but what is the societal cost?  What does this mean for hard hit towns which have seen several projects pulled at once? The abandoned £65m plan to redevelop the Wolverhampton Royal Hospital? Or the Tesco-led £200m redevelopment of Kirkby town centre? These are all rather poignant reminders of the vital role that retail centres can play in our society, particularly in times of austerity.

Are we therefore facing a missed opportunity?

Retail-led development offers great potential for an area’s complete regeneration. If done right they can make a fundamental contribution to the social fabric of a local community by creating greater value than simply the recorded “book value”. Indeed the socio-economic impact on communities is far-reaching through jobs, training, local business opportunities, leisure and recreational outlets, transport links, and so on and so forth. But how do we evaluate this social “value”? Can we measure the life and soul of a place?

The concept of a carbon or ecological footprint is now well understood. What is less understood, although immediately recognisable, are comparable impacts on social and economic issues.”
(Business in the Community, 2012)

Thankfully, as pressure mounts on developers to design places for people, we are likely to see growing interest in capturing the wider social value of retail schemes. Indeed, over the past few years we have seen significant progress in this area, regardless of the intractable challenges it presents. At JLL we believe the “human dimension” of retail development will become as important as issues like energy efficiency are today. After all, sustainable development is about positive growth – making economic, environmental AND social progress.

Encouragingly, some of the big players in the property world have already taken steps in the right direction. Just recently JLL helped Hammerson quantify the “total” contribution of its UK shopping centres using a bespoke tool to model 50 socio-economic indicators. The initial research found that over 30,000 people were employed across its centres, 87% of them living locally. This generated an estimated £421m in wages, in addition to £96m in business rates. On top of this, Hammerson’s centres brought £279m in additional consumer spending to their local area; 9% going to independent traders and 20% to high street stores. This is compelling stuff, highlighting the pivotal role that well-managed shopping centres play in society and their positive impact they can have on the local economy. Hammerson now uses this tool to predict the wider impact of its future projects and to unlock further societal benefits at existing sites.

Reassuringly Hammerson is not alone. This month British Land launched its 2020 Sustainability Strategy – Helping to Create Places People Prefer. The company states that this marks a shift from minimising impacts and managing risks, to creating “positive impacts”. It aims to improve the daily lives of the many thousands of people who work, shop and live in its buildings by creating positive, personal experiences with places and enhancing wellbeing. The good news does not end there either. Other companies such as Derwent London, Land Securities and Berkeley, to name just a few, are embracing a similar “human-centred” philosophy.

Unsurprisingly the British Council of Shopping Centres (BCSC) also recognises the vital role that retailers play in our society and has recently taken significant steps to promote this. This year, for the first time, it hosted Retail Matters – a week-long exhibition for the retail industry to showcase its positive impacts - especially regarding skills and employment. By highlighting exceptional initiatives, it helped retailers show their stakeholders why retail matters, not just to our economy but to our communities up and down the country.

All this progress seems to suggest that things are gathering momentum. But big challenges still remain. Not least in finding new tools and techniques to better understand and measure the impacts on a place, its economy and its people. I’m not telling you it is going to be easy but I am telling you it’s going to be worth it. Retail is rapidly evolving and becoming more competitive than ever. Understanding what value retailers can bring to a local area will be crucial to ensure their success over the long-term. As inconceivable as it sounds, perhaps failing to connect with this “human dimension” is where Tesco went wrong? It may seem like a giant leap but as shown by some of the leading developers, assessing social value can actually be a relatively small step with huge benefits.