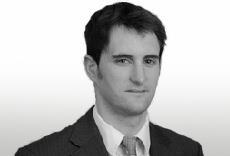 During planning inquiries, photomontages are often produced by both sides to give an indication as to how the completed development will look in relation to the surrounding landscape. These photomontages usually consist of a photograph of the landscape as it currently exists with the new development superimposed. They can be a very useful tool, if accurately prepared.

Recently, there have been accusations in the press that wind farm developers are misleading planning authorities by using specialist “wide angle” camera lenses when producing montages. It was suggested that the wind turbines appear up to four times smaller using this method than they would if a regular camera lens was used.

It is arguable whether the use of a wide angle camera lens is itself “misleading”, especially if the photos are clearly labelled showing the lens used. However, it raises an interesting question about the interpretation of evidence and the potential consequences of a developer submitting misleading photos in an attempt to mask the full impact of their proposed development.

Manipulating evidence would be a serious offence in a court of law and would amount to perjury. So what are the potential risks for developers if they rely on photographic techniques that may mislead a planning authority?

Not surprisingly, their credibility with the planning authority is the first risk. Due to the potentially significant impact of turbines on a local area, many of the planning applications for wind farms will be decided by the Planning Inspectorate on appeal via an inquiry. Planning inquiries allow for the evidence produced by each side to be cross-examined, often by a very efficient and experienced planning barrister. Photomontages that appear to be misleading will be ruthlessly examined and may be exposed by the other side, potentially undermining the credibility of the rest of a developer’s case with the planning inspector.

A judicial review could have significant consequences for a developer, even if the challenge is unsuccessful

Photomontages distributed to the public will fall under the jurisdiction of the Advertising Standards Authority (ASA), as recently shown in Berkeley Vale, Gloucestershire. Here a community group, who were opposed to a wind farm, produced leaflets containing photomontages of the turbines to show their visual impact. The planning application was then refused, based on the visual impact. The developer reported the community group to the ASA as it felt the montages showed the turbines in the wrong location and with incorrect blade lengths. The ASA ruled that the images were in breach of rules relating to misleading advertising, which gave the developer grounds to challenge the local authority’s decision.

This should also serve as a warning to developers. If following a decision to grant permission, it is later found that the developer had supplied misleading images, the decision would be open to challenge via judicial review.

The judicial review claim must be filed promptly and not later than three months following the decision to grant planning permission. The use of photomontages that are later established to be misleading greatly increases the likelihood of such a challenge being successful and the possibility of a planning permission being quashed. A judicial review could have significant commercial consequences for a developer even if the challenge is unsuccessful as there will be a significant delay until the proceedings are determined.

The slight flaw for opposition groups is that often it may not become clear that the photomontages were misleading until after the wind turbines are up and running. So what happens then? If permission has been granted, the turbines have been assembled in accordance with the approved plans and all the relevant planning conditions have been complied with, then the development is lawful.

However, developers should be aware that there is a possibility of a judicial challenge even at this late stage. The courts have extensive case management powers which allow them, in rare circumstances, to waive the three-month limit. Should the challenge lead to the planning permission being quashed, the turbines would become unlawful, leaving the development subject to enforcement action and at the mercy of the local planning authority.