Revised CDM regulations that come into force in April look to improve those published in 2007. Familiarise yourself with the new rules, but remember they could still change 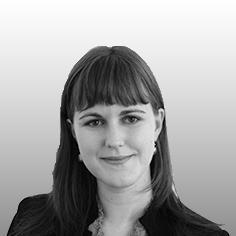 On 9 January 2015 the Health and Safety Executive (HSE) issued draft guidance on the Construction Design and Management (CDM) regulations 2015. On 29 January 2015, the draft regulations were laid before parliament and, subject to approval, will come into force on 6 April 2015.

The key changes are as follows:

The layout has been revised to make the regulations more accessible. In particular, Parts 2 and 3 have been subject to a major revamp with the removal of duplication and reshuffling of sections to follow the project construction sequence.

The regulations now apply to all “clients”, both domestic and commercial. The change was prompted by the 2007 Regulations being out of step with the Temporary or Mobile Construction Sites Directive (TMCSD) which does not distinguish between two types of “client”. The regulations lessen the impact of this drastic change by ensuring that domestic clients can delegate the majority of their duties to a principal designer or principal contractor. This change is likely to impact on contract prices for small domestic projects.

The notification threshold has been aligned with the TMCSD. Going forward, HSE will need to be notified about projects exceeding 500 person days or “longer than 30 working days” with “more than 20 workers working simultaneously”. This should reduce the number of notifiable projects. Note also that, in line with the TMCSD, additional duties are now triggered by the appointment of more than one “contractor” rather than the notification threshold.

CDM co-ordinator out, principal designer in

Arguably the most drastic change is the removal of the CDM co-ordinator role and introduction of the “principal designer” whose appointment at the pre-construction phase will be complemented by the appointment of the principal contractor during the construction phase (the requirement for both roles being triggered by more than one contractor working on the project). Beware: the principal designer is not the CDM co-ordinator in another guise.

HSE criticisms levelled at the CDM co-ordinator included that it added little value and was often made too late to be effectively embedded in the pre-construction team. The role was also out of sync with the TCMSD which requires pre-construction co-ordination. So, it makes sense for the role to sit with the party who has control over the pre-construction phase and influence over the design. Questions remain over whether designers will be able to comfortably take on additional health and safety duties in addition to their normal role. Care must be taken that construction contracts and related real estate agreements reflect this new role.

The heavily criticised Approved Code of Practice (ACoP) will be abolished from 6 April 2015 and replaced by shorter guidance.

Written construction phase plans will now be required for all construction projects instead of only notifiable projects. This may mean additional work on small projects where such detail has not been required before and lead to increased time and cost.

A move away from the competence bureaucracy

The 2015 regulations’ approach to competence differs from the 2007 approach which was criticised as being bureaucratic, complex and wasting time and costs. The 2015 regulations retain a general requirement for those instructing others to ensure they have the appropriate training and information. However, HSE makes clear that competence of industry professionals is the responsibility of the relevant professional bodies and institutions.

On their third attempt at the regulations, the HSE hope to provide dutyholders with a simplified regulatory package, improve worker protection and tackle red tape. Time will tell if the 2015 regulations are the answer to these issues. Dutyholders should read the guidance, become familiar with the regulations, consider which projects the transitional arrangements apply to and make the necessary preparations, while keeping in mind that guidance and regulations may still change before 6 April.