Collaboration: All for one and one for all

Alliancing, a form of collaborative working, can make for a non-contentious relationship between parties, foster a no claim/no blame culture and keep costs down. What’s not to like? 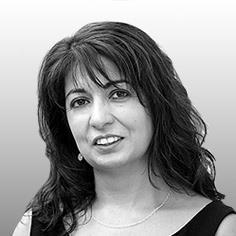 “Collaboration” has been a buzz word in the construction sector for many years, not least because of the NEC3 suite and the obligation on the parties to act “in a spirit of mutual trust and co-operation”. There is, however, an increasing emphasis on collaboration - driven by the government’s push for alliancing and other means of collaborative working.

For example, the HM Treasury’s Infrastructure Cost Review 2011-12 identified the need for greater collaboration throughout the supply chain as a way of reducing costs and recommended the adoption of “collaborative delivery models such as alliancing”. Since this announcement, there has been an increasing uptake of collaborative working and alliancing in the infrastructure sector.

Most recently, the Highways Agency (HA) held a “suppliers day” for a new £5bn “collaborative delivery framework”, which is intended to replace the current major projects framework which expires in March 2014. Collaboration is not new to the highways sector: the Highways Maintenance Efficiency Programme has published a standard form highways maintenance contract, which incorporates the NEC3 partnering option. This contract was piloted by Gloucestershire council earlier this year and it has been claimed that it has already resulted in cost savings. The new framework appears to go even further than this, as the HA claims that it will help “take collaboration to a new level” - a very bold statement. Although it is not entirely clear how this will be achieved contractually, it is likely that it will be akin to alliancing.

Should something go wrong, the only option is to work out together how to put it right

Alliancing is being used now on a number of large infrastructure projects. For example, a number of water utilities are using alliancing on the AMP 6 framework, and National Grid has used it for its capital expenditure projects relating to sub-station work, among others. Network Rail in particular has really taken on the mantle in regards to alliancing, having procured a number of alliances over the last year. Indeed, with David Higgins, the current chief executive of Network Rail, taking over as chairman of HS2 in January 2014, there is speculation that the alliancing model could be adopted on HS2 (if it goes ahead).

What is alliancing? Alliancing is seen as being the “purest” form of collaborative procurement and has been successfully used on large-scale projects by the public sector in Queensland, Australia for over 10 years. Alliancing involves multiple parties on a project (or projects), including the employer, entering into one agreement for the provision of the works and services.

One of the most novel features of alliancing, which can be attractive for all parties involved, is a strong “no claim/no blame” culture, whereby the parties agree that they will not commence legal proceedings except in respect of certain limited exclusions (such as payment claims and wilful default).

Those with experience of alliances are adamant that the effect of this arrangement is that, should something go wrong, the only option is to work out together how to put it right, rather than to try and identify who was at fault, as would be the case on a traditional project.

The payment mechanism in alliancing agreements also incentivises participants to adopt such an approach. The participants in the alliance are paid their reimbursable costs plus overhead (and possibly profit) and are encouraged to keep the costs of the project to a minimum as a result of a suitable pain/gain share mechanism applying to the alliance as a whole. In addition, the management of the alliance is often the responsibility of a management team, comprised of one individual from each alliance member, with any decisions to be made unanimously. The participants’ interests are likely to differ at some point, so there is a significant risk of deadlock arising, but there are often no provisions governing how this will be resolved. The aim of such an arrangement, and of alliancing as a whole, is to focus the participants on the needs of the project, rather than just their own particular interests.

Alliancing agreements are complex and therefore are less likely to be suitable on smaller projects, where any gains may be limited, so it is not quite time to prepare an obituary for traditional “bi-partite” contracting. However, there has been a significant uptake of alliancing recently, particularly on large-scale projects and those who can demonstrate experience of working in such an arrangement and an understanding of how they operate can really set themselves apart.