Last year’s assertions on third party rights showed exactly why legal forecasts are best left well alone. But here are a couple for 2015 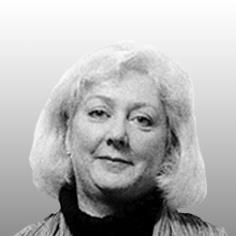 And now I have to eat cold Christmas pudding. In November, Mr Justice Ramsey decided absolutely the opposite of what I had predicted and did not allow Barclays Bank plc to refer disputes to adjudication under the third party rights granted to them by Hurley Palmer Flatt Limited. Under the Construction Act and the scheme, he said, Barclays, as third party, were not “a party to a construction contract”, therefore, the scheme could not apply. The only way of ensuring that adjudication applied to the third party rights as well as the consultancy agreement was to say so.

How wrong can you be? My grovelling apologies to all lawyers everywhere and a New Year’s resolution to be more hesitant about expressing any opinion about anything, however obvious it seems.

Now I have to eat cold Christmas pudding. In November, Mr Justice Ramsey decided absolutely the opposite of what I had predicted

Mr Justice Ramsey retired from the TCC with a bang. I mentioned in that column of 2014 his hint in Liberty Mercian vs Cuddy Civil Engineering Limited that he might consider specific performance of an obligation to deliver collateral warranties. In the 2013 instalment of this long-running saga, Mr Justice Ramsey had sent Cuddy off to take appropriate steps to obtain the performance bond it had contracted to provide. Because the building contract had already been terminated, the relevant Cuddy entity was non-trading and had no assets and litigation was already in progress, Cuddy could not, despite trying in the early part of 2014, find a surety except for an unrated company based in Gibraltar who required the cash equivalent of the bond amount to be deposited with it before it would issue the bond. So Mr Justice Ramsey ordered Cuddy to pay the amount of the performance bond into court, leaving the court to act as surety.

And in relation to a subcontractor’s collateral warranty which Cuddy had also agreed to provide, Mr Justice Ramsey ordered Cuddy to obtain it even though the subcontractor had gone into liquidation and been removed from the Companies House register. Just how Cuddy will do that remains to be seen - chapter three of the saga in next year’s column.

Did I get any predictions right last year?

And dare I attempt any predictions for 2015?  Just two very cautious ones: