Government has been slow to release details of how the new levy will work and many firms will find the it difficult and bureaucratic, but there are some positives 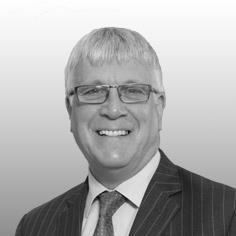 The apprentice levy has finally arrived, and I think that there are some challenges ahead if the government is going to meet its manifesto commitment to create 3 million apprenticeships during its current term in office.

My own view, based upon discussions with many colleagues across the industry, and upon my own experience within BAM, is that there could very well be a dip in apprentice numbers within the construction sector - at least initially. The government has been very slow to release details of how the levy is to be collected and how the Digital Apprentice Service will operate.

Consequently I think that there are many employers out there who are only just becoming aware of what they will have to pay and how apprenticeships will be funded in the future. They are likely to find the new focus on employers having to negotiate training agreements with providers a very different and more bureaucratic process than they are used to when taking on an apprentice, and this could be a real barrier for them.

I also have a fear that the government may have missed the opportunity to align the apprentice reforms with other initiatives in education, and to position apprenticeships as a credible alternative to full time tertiary education, particularly in the minds of students, their parents and career advisers. Some progress is being made but there is still a lot of work to be done to remove the stigma that is still associated with apprenticeships. This is a particular problem that construction has to overcome.

However, despite all the frustrations and concerns there are some positive aspects to emerge from the introduction of the apprentice levy. It has certainly highlighted the need for all employers to take more responsibility for training apprentices and secure the future workforce that the construction industry needs. Within my own company it has ignited an interest in apprenticeships, particularly in the “back-office” functions and Facilities Management – areas that have tended to be neglected in terms of training and development.

We also see an opportunity to revamp our early career programmes. Traditionally we have recruited trainees onto day-release courses which cannot be funded from the Apprentice Levy. So we will now be recruiting into Higher and Degree Apprenticeships, and creating a high quality apprentice package that will present an attractive career option to students.

One aspect of the apprentice levy that has been overlooked is the flexibility to use it to fund the cost of upskilling the existing workforce as well as new entrants, regardless of whether they have already completed an apprenticeship. I think that as long as this is done responsibly it opens up many opportunities for people to develop within their current roles or to consider career changes.

So, amid the negativity that has surrounded the apprentice levy, I think that it does offer some positive opportunities, and the onus is on employers and providers to work together to deliver the quality apprenticeships that the industry so badly needs.

Chris Jones is director of learning & development for BAM