General election 2019: A letter to the construction industry from the Conservatives

Building has asked the three main parties to set out their commitments to construction. Here, Robert Jenrick sets out his party’s proposals to help the industry 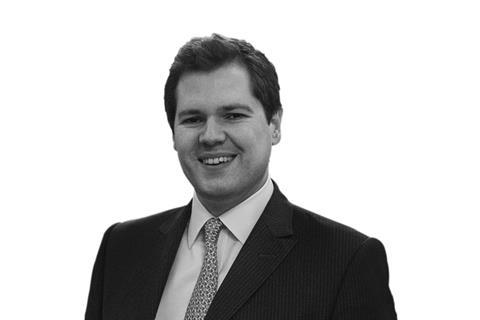 Only a majority Conservative government can end the uncertainty and delay that has dominated the past few years and get Britain building with renewed resource and energy.

We can do so much more for homebuyers and housebuilders. But first we must break the gridlock and get Brexit done

We are the party of homeownership – it is one of the most fundamental Conservative values. People are happier, more secure and more rooted in their communities when they own their own home – and know that they can pass it on to future generations. Young people need the security of knowing that homeownership is within their reach. They need that tangible stake in society, so they can be rooted in their communities and have a place to raise a family.

We have a strong record in getting Britain building; we have delivered a million homes in the past five years in England. Last year, we delivered the highest number of homes for almost 30 years. But there’s still much more to do. We will continue our progress towards our target of 300,000 homes a year by the mid-2020s. This will see us build at least a million more homes, of all tenures, over the next parliament.

As well as a greater quantity of housing, we need better quality too. We know that housing plans can be controversial locally, so we have committed to giving residents a greater say on the style and design of development in their area. High-quality housing in which people can take pride is fundamentally important. Almost 70% of people who believe new homes are well-built are more likely to support a local development.

This year the Stirling prize for the building that has made the greatest contribution to the evolution of architecture was won for the first time by a social housing scheme: Goldsmith Street in Norwich. This is a development of beautifully designed homes, meeting the exacting Passivhaus standard for energy efficiency. They are terraced houses with front doors on streets lined with trees – a commonsense approach that respects people’s tastes and preferences.

The government has a role to play in incentivising attractive, environmentally friendly housing. We have revised the National Planning Policy Framework to make clear that creating high-quality buildings and places must be at the heart of the process. We have also created the first National Design Code. Every local authority will be asked to create local design codes that reflect their unique setting, character and history, while meeting the expected national standard.

I want to see today’s developers, architects and designers striving to create green neighbourhoods of the future, with social wellbeing, belonging and community cohesion at their heart.

Alongside good-quality design and placemaking, we also have to ensure these new developments are actually gold standards for sustainable, environmentally friendly homes, which, like our garden cities of the past, will stand the test of time.

We have launched a new green standard for new-build homes that will bring an environmental revolution to homebuilding – tackling climate change while keeping household bills low. It will see polluting fossil fuel heating systems such as gas boilers banned from new homes by 2025 and replaced with the latest generation of clean technology – such as air source heat pumps and solar panels.

We will also consult on a new blueprint to overhaul the planning system in order to create a simpler, fairer process that works for everyone – from homeowners to small and medium-sized businesses, and from local communities to housing developers.

While the quality of new housing must go up, its affordability must also be improved. In part we will help bring the cost of housing down by increasing the supply.

In addition, we have plans to help those who struggle to get on the first rung of the property ladder. Currently, there are 2 million people renting privately who could comfortably afford a mortgage but struggle to save for the required deposit. To help them into homeownership, we will provide encouragement for a new market in 95% loan-to-value long-term fixed-rate mortgages, bringing in new capital to help homebuyers.

This builds on our previous work, backing schemes such as Help to Buy and cutting stamp duty for 95% of first-time buyers, which have made homeownership a reality for thousands of families.

We can do so much more for homebuyers and housebuilders. But first we must break the gridlock in parliament and get Brexit done. This can only happen with a majority Conservative government. The alternative is a hung parliament led by a Jeremy Corbyn government, propped up by the Scottish National Party. They would mire the country in the chaos of two more divisive and costly referendums next year – one on Brexit and another on breaking up our Union.

The construction sector and the public have had enough uncertainty and delay. It’s time to get Brexit done so we can get Britain building a high quantity of the high-quality housing this country needs.

Robert Jenrick is housing secretary and parliamentary candidate for Newark