If the advice isn’t right

Construction professionals often give advice on the best course of action in a construction project. However, if such advice is wrong, for what losses could the consultant be liable? 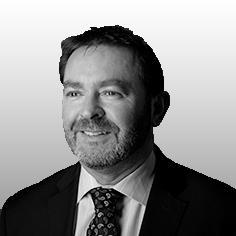 A mountaineer goes to his doctor to check out his knee before going on an expedition. The doctor negligently gives the go ahead. He injures himself in an entirely foreseeable manner as a result of mountaineering but that is unrelated to the state of his knee. If the doctor had given the proper advice he would not have gone, so is the doctor legally responsible for the injury? No, this is known as the SAAMCo principle after the landmark 1997 case of South Australia Asset Management Corporation vs York Montague Ltd.

This important principle has been clarified in the recent Supreme Court decision of BPE Solicitors & Anor vs Hughes-Holland (in substitution for Gabriel) (Rev 1) [2017].

The claimant in the original case – Richard Gabriel – had loaned £200,000 to a company controlled by his mate on the understanding that it was to be used to redevelop a heating tower. In fact, the loan was used to discharge the pre-existing loan secured on the tower. No money was left over to fund the development. Two years after the loan, no attempt had been made to develop the property and the claimant exercised his power of sale. However, he could not find a buyer and so the property was sold at auction for only £13,000, which was entirely consumed by the costs of the sale. Who would go into property development?

Gabriel’s solicitor, BPE, was found to have negligently advised him by failing to explain that the funds would not be applied to develop the tower. The Supreme Court had to decide what the extent of the losses recoverable from the solicitors was, in an appeal case brought by Peter Hughes-Holland, Gabriel’s trustee in bankruptcy, by deciding which of the following questions applied:

The Supreme Court made a distinction between:

The costs would have been greatly in excess of £200,000 and therefore the claimant would have suffered the same loss even if the transaction had proceeded as he had been led to expect

Consultants should be aware of the significant additional liabilities they could take on when they assume responsibility for advising on the proper course of action, rather than advising on issues that are just one piece of the jigsaw.

For example, advice could be given to an employer about the pros and cons of different procurement routes. The financial losses that the consultant could be liable for if that advice was negligent may be significantly less compared to if the consultant had taken full responsibility for advising on the correct decision to take.