Most of us think that a withholding notice is a must if an employer wants to hold back any sums due. But one judge says this only applies to sums in interim valuations

The property refurb company Urang Commercial Ltd carried out conversion work on two hotels: one for Century Investments Ltd and the other for Eclipse Hotels (Luton) Ltd. The contracts were ordinary JCT. The rules for getting paid are the usual monthly valuation by the employer’s team, then the issue of the monthly payment certificate. Valuation No.10 gave the amount due. The employer fell short of meeting the figure, but only by £4,100. That was in January last year. The disputes began to mount up thereafter. Come early June 2010, the quarrels included extensions of time, prolongation claims, retention unpaid, interest on overdue money.

Come mid-June, Urang was fed up and called for an adjudicator. The referral to him explained the sums due including that £4,100 underpaid in certificate No.10. The respondent counterclaimed. The job was late, so pay up liquidated damages; the soil remedial work was iffy, and the repairs to this and that caused lost revenue after practical completion. So far so ordinary.

The contractor argued that all these items were set-off claims, which required a withholding notice so as to, well, withhold. But the rules say that if you are going to withhold money from sums otherwise due, then you should, nay must, issue the magic piece of paper. The employer’s team claimed it did. But it had to be on the contractor’s desk five days before the “final date for payment” of “the amount due”. It wasn’t in time. So, said the adjudicator, “no effective withholding notice means no withholding is permitted”, so he wouldn’t even sniff at the employer’s claims for late completion damages, nor the soil remediation costs, nor any other counterclaimed item.

So, he got on and did his stuff and awarded the handful of claims for delay, ordered retention release, ordered the underpayment, and ordered interest to the contractor. “Foul,” shouted the employer. The refusal to consider the counterclaim was a breach of the rules of fair play; the lawyers call it natural justice and told the contractor the employer would not obey the award.

Surprisingly, it took a year to come to court. It usually only takes a few weeks. The judge was told of the so-called unfairness. Now, pause for a moment. An embedded feature of adjudication is this business of natural justice. And since the adjudicator wouldn’t even look at the counterclaim, the cry of unfairness went up. “Set it aside” is the bugle call from the barrister for the employer.

His opponent barrister sort of agreed. He too said that the adjudicator ought to have considered the counterclaim and had gone wrong. Moreover, the idea that a withholding notice was required was a wrong statement by the adjudicator. I will tell you why in a moment. The key point is that the adjudicator had asked himself: “Should I look at the counterclaim?” and answered, “No, because there is no withholding notice.” It was the right question but the wrong answer. An adjudicator who gets the law wrong or gets his facts wrong is beyond impeachment. The result, no matter how wrong, is binding until re-tried by the court. So it is pay now, argue later. The judge gave summary judgment to the builder. The money must flow. 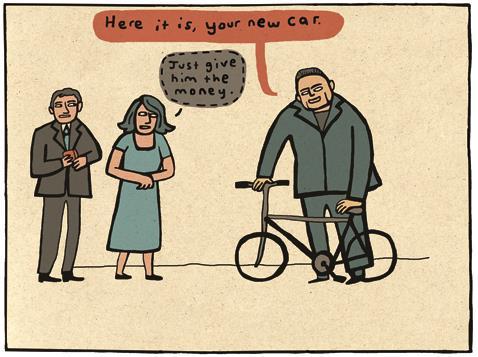