There is a definite ‘let’s make hay while the sun shines’ feel. And in Mipim, the sun is shining 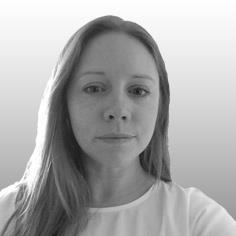 “We’re British, we can easily talk ourselves into a recession and out of it. We’ve done it before.”

This was put to me by one Mipim attendee on the first night of the event, as Brexit perhaps inevitably took over nearly every conversation.

Yet many who have descended on Cannes this week for the annual property roadshow are in a cheery mood and determined to enjoy themselves.

Pain may be ahead if the latest Office for National Statistics figures, which showed a contraction of 0.4% for January in the construction industry, are a good indicator, but for now the feeling is that everyone’s busy with full order books till the end of the year. There is a definite “let’s make hay while the sun shines” feel. And in Mipim, the sun is shining.

At Mipim’s many events, the local authorities are out in force, battling for investment to carry out their raft of projects. Housing minister Gavin Barwell is here to push the “Midlands engine” agenda, which the government put £392m from the public purse behind last week. Such projects – which promise some certainty amid Brexit concerns – are very welcome.

Brexit itself is also not casting the shadow one might expect. A fellow passenger on the flight out said he was determined not to get all doom and gloom about Brexit, as the reality is at least two years away and no one yet knows what it will mean.

For now, the focus is the ever-present need to keep pipelines ticking over. And hope springs eternal of an upturn, too – the cyclical nature of the sector has been pointed out to me more than once.

Mipim-goers tell me that this need to feed pipelines to retain supply chains has seen tier 1 contractors dip into tier 2 territory to scope up smaller jobs, while major projects are held up and postponed as investors weigh up whether to push the “go” button. This added interest in tier 2 territory has created competition and, as someone pointed out, they have started to see contractors “buying jobs” again.

However, for now the yachts are still lined up on the marina and everyone’s going about business as usual. While it may seem to be drinks parties and sociability, in its essence this is a good week of relationship building to keep those pipelines churning.