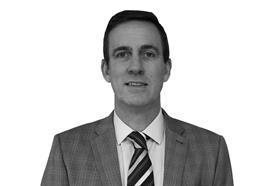 Real competition in the water market is imminent. I am not talking here about competition in the non-domestic retail market, which is already underway, but a market of much more significance to the construction industry – new water and wastewater connections. And it is going to make waves. That is not just my opinion. The Home Builders Federation has established a committee to focus on how these major changes will impact their members and to prepare the housebuilding industry to make the most of the new opportunities.

From April, all housebuilders and developers, no matter what size development they are building or where it is (in England and Wales) will have a genuine choice of water network provider for the first time. Rather than just ordering the new connections for a site from the incumbent local water company, developers will be free to put the site network out to tender to other water companies and independent network providers and then choose which quotation represents the best deal for them. Sounds like standard procurement practice doesn’t it? But it has been years in arriving in the water market.

Bringing water and wastewater connections into line with gas, electricity and ultrafast Fibre-to-the-Home also offers the potential for housebuilders to work with a single independent provider for all their utilities. A single project manager could be responsible for planning and scheduling everything and less time would be spent in the procurement phase. It would also be possible to build partnerships with providers on a national basis rather than dealing with individual water companies serving specific geographical areas.

The gas and electricity markets were liberalised twenty years ago and housebuilders and developers are well used to ‘shopping around’ for these utilities. That freedom of choice has led to a growth in the number of network providers servicing the market, bringing increased competition on price and higher service standards and driving innovation and development. In fact, the majority of new electricity and gas connections are now undertaken by independent network providers like GTC.

The new measures being introduced by Ofwat, and taking effect in April, will bring the same benefits to the water and wastewater markets. Until now, only the largest developments have been able to appoint a competing water company to supply water and wastewater services. Referred to as NAVs – licensed as a New Appointment and Variation by Ofwat on a per site basis, these companies own the site network and handle billing and customer services. They either install the network or adopt networks installed by Self-Lay Providers (SLPs). The way the water market currently operates, however, means that it was only financially viable for competing companies to become involved on large developments. So much so, that only 74 NAV licences have been granted since 1997.

Now that is all set to change with hundreds of NAV licences expected. The Water Act 2014 was intended to deregulate the water market but following an investigation in 2017 into how the market for new connections was operating, Ofwat identified a number of significant barriers to competition remaining. These involved the way in which tariffs for bulk water supply and income offset were calculated, which led to new connections having to pay for pre-existing network issues and no account being taken of the costs of operating the residential network. These barriers are now being swept away, allowing for real competition for the whole market.

Ofwat expects the new arrangements to deliver major benefits to developers: clearer, more predictable and stable charges; more effective competition which can drive down costs and provide improved service levels; and potentially faster connections. Ofwat is working to streamline the licensing process making it both shorter and more predictable, helped by the more straightforward charging structures.

It feels as though there have been many false dawns on the road to genuine competition in the water market, but this time it really is happening. In January, the incumbent water companies published their new infrastructure charges for NAVs and these come into force in April. Transitional arrangements will be in place so that the business cases for existing developments are not undermined by the new rules.

My advice would be act now. Find out about the options available, review current quotations and be ready to make the most of this watershed moment.