Planning court will keep us building

Developers and public bodies, who have had to cope with the increasing cost of defending judicial review challenges, will welcome the setting up of a new planning court 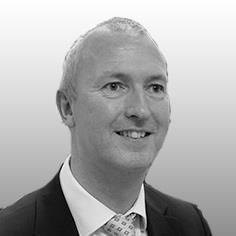 Chris Grayling’s announcement this week that a planning court will be set up in 2014 to bring an end to lengthy, costly disputes over major construction projects that prevent government policy being put into operation, should be greeted as welcome news across the industry.

Developers and public bodies, who have had to cope with the increasing cost of defending judicial review challenges, will welcome the move and will no doubt be pleased to hear that through the new planning court, the government estimates that around 400 planning cases will go before specialist judges working to fixed time limits. Ultimately, this will help to prevent challenges that scupper major construction schemes.

In our challenging marketplace, construction planning disputes are not just an unwanted hassle that cause costly delays but also something that could have a lasting impact on future business relationships or at worse, endanger a business’ existence

The health of the construction industry is so intrinsically tied into the overall health of our economy that capital invested in major construction schemes must absolutely deliver value and outputs that support wider economic growth. This can only be achieved by a smooth-running planning process and it is hoped that the new planning court will go a long way to driving this.

Agreeably, the new measures will mean that only individuals or groups with a financial interest in a case can bring a challenge, putting an end to challenges by individuals and campaigners who do not have to pay legal costs – costs which would usually result in taxpayers picking up the bill. In theory, this should transfer some of the risk to the individuals making a claim. The major challenge will be in ensuring that those with a legitimate interest in the planning application are not fettered in making a challenge to a decision that would personally impact on them whether from a blight perspective or simply for financial reasons.

In our challenging marketplace, construction planning disputes are not just an unwanted hassle that cause costly delays but also something that could, at the very least, have a lasting impact on future business relationships or at worse, endanger a business’ existence. It is vital, that developers do all they can to ensure a dispute doesn’t escalate to the courts by applying the right skills, at the right time and focus on delivering what is in accordance with the contract – this will go a long way to reducing the nature and extent of any dispute, saving all parties precious time and cost.

Unfortunately, the scale and complexity of some of the infrastructure and building construction programmes that are planned over the coming years means that even on the most appropriately procured and planned for projects, disputes will inevitably remain. With such limited room for error in a financially constrained climate, it is hoped that streamlining claims through the new planning court will reduce legal costs and, for the benefit of the wider economy, prevent the UK’s major construction projects from stalling.