Putting the future of infrastructure in the frame

Many people still don’t know what ‘infrastructure’ means, let alone how important it is 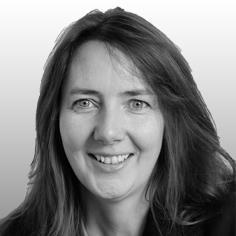 The topic of infrastructure can often be a polarising one - with people, or organisations, opposed to certain developments. However, infrastructure is vital to the global competitiveness of any nation and forms a key component of continuous economic growth and prosperity. Airports, bridges, hospitals, ports and tunnels are often taken for granted and we forget that without these, our lives would be incredibly different.

The term ‘infrastructure’ itself is perhaps quite an intangible one; RICS’ recent research shows that over a third (36%) of the people we spoke to could not explain what the word means, and a further 70% were unable to name any ‘infrastructure projects’ in the towns or cities that they live in. However, around half of those questioned recognised the importance of infrastructure to society.

Announcements regarding investment in infrastructure can be met with resistance, particularly when it comes to compulsory purchase orders being issued to the public for vital land, or the disruption that major works cause. Recent examples include the outcry over plans for High Speed 2. However, issues of this nature go back as far as Brunel, who himself was met with criticism from landowners, track owners and even a parliamentary committee in his quest to build the Great Western Railway.

Announcements regarding investment in infrastructure can be met with resistance, particularly when it comes to compulsory purchase orders being issued to the public for vital land

Today, we celebrate Brunel and his iconic construction projects - and rightly so. His achievements are incredible and demonstrate that when assessing the impact of new infrastructure, it is important to look at the future benefits, weighed up with the impacts on individuals and the environment in order to ensure the end results are sustainable and advantageous to society.

In order to improve perceptions of infrastructure, RICS recently launched a nationwide photography competition. The competition invites members of the public to submit a photograph of a man-made physical structure which benefits society in some way. Entries to-date showcase a wide range of structures and projects, from bridges to reservoirs, and it is great to see the imaginative way that people observe infrastructure. We hope that this is a trend which can be improved upon long into the future.

The competition is open for entries until midnight on 19 December 2014. You can find out how to enter here: http://www.rics.org/infrastructurephoto

The winner will receive £3,000 in vouchers for photography equipment and shortlisted images will be exhibited in London during 2015