Inventions such as the steam engine have always driven economic revival, says Leo Johnson. Could a similar revolution save us this time? 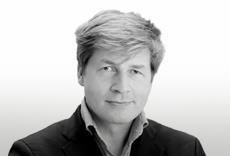 There is a Polish proverb, “Don’t put too much hope in the end of the world.” Could all the pessimists and eco-apocalyptics be wrong? Could capitalism be about to deliver a new wave of growth, with the construction sector at its heart?

Economists such as Carlota Perez argue that, in the last 200 years, there have been five major surges of development. From water power and Arkwright’s mills, to the steam engine, Tesla’s AC electricity, Westinghouse’s transmission lines and the combustion engine, there is one pattern. In each of these surges a technological breakthrough has unlocked a new source of power and distributed it across the economy, bringing new people the power to do new things.

This new technology is what economists refer to as a General Purpose Technology. As it rolls out, it raises productivity and welfare across the economy until it reaches maturity, when productivity gains start to slow down. But as the lime starts to give up less juice, so to speak, the invisible hand of the market reaches out for a new one, and the next wave of growth begins.

We know the factors that are wheeled out to show the bleak outlook for construction, from austerity to high unemployment. But is there a silver lining? Two breakthroughs look promising.

The first is in manufacturing, with advances in nano-tech and 3D printing. The seat buckle on the Airbus A380 shows the potential for this “micro-manufacturing”. A standard steel airplane buckle can weigh as much as 155g. With new fleet planes having up to 850 of them, this starts to add up. Making the part with 3D printing reduces the weight to 68g, saving a possible 3,300,000 litres of fuel over the life of the plane.

3D printing doesn’t just save weight: it saves material (no need to shave away waste); plant (less need for replacement parts and expensive equipment); and therefore money, as an estimated 50% of working capital is tied up in plant and materials.

What does this mean for construction? The first upside is a shift in the economics of offshoring, with new technology as opposed to labour costs the source of competitive advantage. General Electric claims it will make about 50% of jet engine parts with 3D printers by 2016 and is recruiting several hundred IT specialists at a centre in Michigan. GE chief executive Jeff Immelt calls outsourcing “yesterday’s model”. The second upside, in the longer term, is a revolution in logistics, with on-site production reducing the need for plant, warehousing and transport, and the growth instead of small-scale “factories in a box”.

Meanwhile, the energy internet represents a longer term but potentially significant breakthrough. The Pecan Street community in Austin, Texas, confronted with rising energy bills, has used the energy internet to create its own smart microgrid. The aim is to connect an entire 1,000-plus neighbourhood with solar panels, electric vehicles, utility smart meters and household batteries. Rooftop solar panels calculate the day’s energy production, and then set up a schedule for using the energy or selling it back to the grid.

This model is being replicated from Barcelona to Delhi. But what are the implications for the construction sector? In short, it has the opportunity to be at the epicentre of a new General Purpose Technology, turning buildings from a critical source of carbon emissions into micro-power plants: smart, connected and productive. The smart building provides the mechanism through which renewable power gets distributed across the economy - including to the 1.6 billion globally without access to it - thereby turning consumers of high-carbon, unreliable power into green power producers.

Leo Johnson is a partner at Price-waterhouseCoopers. This article is based on a forthcoming book co-written with Mick Blowfield.

Johnson will be speaking on the topic “Can green drive the next wave of growth?” at Ecobuild, Wednesday 6 March, 11.00-12.00