Rise of the machines

Quadrocopters, wall-making machines, multi-dimensional laser scans … These futuristic technologies may be coming soon to a building site near you

So why has construction failed to keep up? For Dr Behrokh Khoshnevis, professor of Industrial and Systems Engineering and Civil and Environmental Engineering at the University of Southern California, the answer is clear: “It’s because most of the industry is still using the same core construction methods developed hundreds of years ago.”

Quadrocopters are infinitely manoeuverable, can move objects and can interact with people, all of which makes aerial construction possible

Has construction really stayed frozen in time? In 17th-century England, Sir Christopher Wren popularised or introduced many radical construction methods. These included suspended floor beam hangers, triangulated roof trusses and flying scaffolds for building the dome of St Paul’s Cathedral. Some three-and-a-half centuries later, many of these inventions are still in use in updated form on building sites today.
But if someone working on one of those modern sites were to suffer a fall or some other injury at work, it is unthinkable that a paramedic attending them would administer a 17th century medical treatment. Construction clearly has some catching up to do.

But while not much might have changed on site, for the last 50 years scores of academics and manufacturers across the world have been working tirelessly behind the scenes to invent the new processes and machinery that will define construction sites in the 21st century.
Moreover, much of this research is no longer in the realms of science fiction alone, but is very likely to soon result in products available on the commercial market. Major advances in digital and BIM technology in recent years, coupled with growth of cloud-based networks and rapid prototyping capabilities suggests that we are on the brink of a construction revolution that could radically transform the way we build. As well as having an obvious impact on the construction industry, this could also have wider socio-economic and environmental impacts too.

So below is a selection of some of the new systems, products and processes that could well be coming to a construction site near you.

Imagine compact, robotic flying machines capable of constructing buildings remotely. These flying machines may sound like the ultimate in sci-fi fantasy but they are actually being tested and developed for their potential use within construction sites at this moment. The research has been conducted by the Institute of Dynamics and Systems Control in Zurich, Switzerland, and it is this unit that has developed the quadrocopter. The quadrocopter is a remotely controlled flying device with an electric motor and four propellers.

According to Federico Augugliaro, who developed the design along with Professor Raffaello D’Andrea, they could be used for a range of construction-related roles including “motion capture, aerial photography and site mapping.” But their most fascinating application is what Augugliaro calls “autonomous aerial construction systems or flight-assembled architecture”. According to Augugliaro “quadrocopters are infinitely manoeuverable, can move objects and can interact with people, all of which makes aerial construction possible.” He even points out that their aerial capabilities could potentially make traditional scaffolding obsolete. But he does concede that at present there are “payload and accuracy limitations” with each device only currently capable of carrying a maximum of 200g. However, as Augugliaro is only too keen to point out, these constraints actually make his invention perfectly suited to one particular building type: tensile structures. “Quadrocopters are easily able to loop ropes, cables, or wires around structure in a repetitive flying motion. Tensile construction offers the optimum utilisation of their unique set of characteristics and constraints.”

Prefabricated buildings are also nothing new. But according to Hannu Lindberg, technology manager at DPR Skanska, modular assembly offers the most effective way to ensure that buildings and construction sites of the future maximize efficiency and minimise defects.

For Hannu, prefabrication is about simplifying the supply chain and securing consistent quality control.

“The big problem with the traditional supply chain is that it lacks transparency,” says Lindberg.

He adds: “This leads to low efficiency and erratic quality control. Time on site is wasted fixing mistakes, and programme schedules are harder to validate. Modular assembly offers longer lead-in times and procurement, which means that problems can be identified much earlier in the process and fixed well before components get to site. For the first time, this could genuinely offer a zero-defects construction system.”

BIM’s innate data management and co-ordination capabilities are naturally aligned to the repetition and standardisation inherent in prefabricated design so the onset of BIM may well herald a new age for modular buildings.

“Products could be tagged with barcodes which contain unique source information that allows easier tracking, billing verification, supplier accountability, schedule accuracy - all of which can be provided as real-time information.” 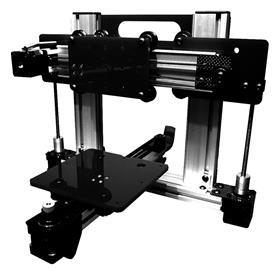 The idea of 3D printing is by no means new: as far back as the sixties, Star Trek’s “protein resequencer replicator” (food synthesiser) was foreshadowing today’s 3D printing technology. But while the concept might be old the technology is anything but, and the world is now months, not decades, away from its first entirely 3D printed buildings.

Dutch practices Universal Architecture and DUS Architects are both racing to complete the world’s first 3D printed house later this year and much of the steelwork on London’s Leadenhall Building was produced using digital fabrication. Brenda Discher, strategy and marketing vice president at US software giant Autodesk, explains the technology’s inherent appeal in familiar terms: “A crucial dishwasher part broke on my machine at home. The manufacturer said it would take two weeks for its replacement to arrive. But my son offered to make one as part of his 3D printing project at school. The next day he came home with it and it worked perfectly.”

But if there is one individual who has spearheaded 3D printing technology it is Dr Behrokh Khoshnevis, professor of Industrial and Systems Engineering, and Civil and Environmental Engineering at the University of Southern California. Khoshnevis passionately maintains that “customisation is the crucial missing ingredient from the construction process” and that “everything except architecture, from shoes to cars, is built by machine”.

Years of research at his Centre for Rapid Automated Fabrication Technologies has led to his solution to this challenge: contour crafting.
“It’s a robotic construction system that can build up layered sections of buildings out of, initially, concrete, but now also wood chips and gypsum. Recent innovations now mean that the system can now also incorporate plumbing, electrics, telecommunication - even automated reinforcement of concrete walls.”

It works by means of a computer-controlled gantry system that moves an assortment of robotic arms and extrusion nozzles back and forth. It takes less than 20 hours to construct a six-foot concrete wall. Khoshnevis also reveals that he has now developed a “multiple nozzle” model which also allows for the construction of bigger, multi-storey buildings and that NASA is investigating using the system for the construction of space stations on the moon. 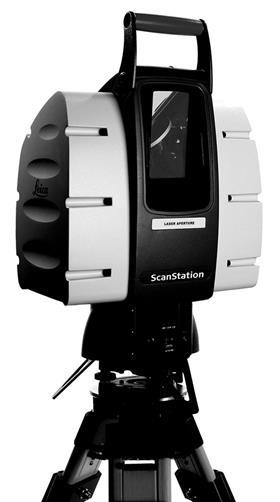 Capturing reality has come a long way since site surveys were conducted with tape measures, spikes in the ground and measured guesses. According to Josh Lowe of building innovation specialist Turis, the scanning revolution is already here.

“Laser scanning potential is already all around us: terrestrial, aerial, mobiles, tablets, all these instruments already have the power to scan and record and monitor our environment. Just think what we can do when the equipment becomes even more specialised,” he says.

Lowe maintains that laser scanning has the ability easily and accurately to capture an inordinate amount of information about the entire construction process from site analysis to user occupancy and that this technology will play an ever increasing role in the future, as he explains.

“Laser scanning can capture site conditions and plot the exact location of environmental features like tree locations and root spread. But it can also be used during construction to monitor structure, check tolerances, measure deflection, check clashes, and easily compare the emerging construction with the BIM model and as-built data via the cloud to ensure that what is being built is right.”

Lowe illustrates the scenario of a concrete pour whose accuracy can be measured by reference to multi-dimensional laser scans before and after the pour has taken place. As well as analysis of built objects, thermal imaging also offers forensic scrutiny of environmental conditions too. Lowe predicts that as a result of this technology, it will be easier to spot defects in the construction site of the future, as well as apportion blame.

But he has a word of caution: “Reality capture won’t be about just taking thousands of photos or scanning every inch of the site. To truly utilise its potential all these different types of data will have to inserted into a centralised portal, which can then be easily accessed and analysed by all members of the team.”