We must fight hard for northern powerhouse momentum 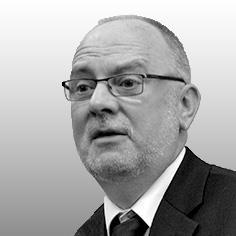 If ever there was an opportunity for the construction and infrastructure industries to speak with one voice, then surely it is now.

The reaction to Brexit – a plummeting pound, the shuttering of commercial property funds, HSBC’s downgrading of growth prospects for 2017 – are in danger of drowning out the opportunities which a new government and entirely new landscape present.

In particular, the future of the government strategy to rebalance the UK economy and drive growth through the northern powerhouse initiative can be reinvigorated and accelerated by the triumvirate of prime minister Theresa May and chancellor Phillip Hammond. The appointment of new northern powerhouse minister Andrew Percy and re-appointment of Lord O’Neill as commercial secretary to the Treasury are strong signs of the new government`s commitment to the Powerhouse.

Given that one of Mr Percy’s very first actions in his new job was to sign-off Sheffield’s devolution deal, we have a great deal of cause for optimism.

The cautionary context here is that the construction and infrastructure sectors stand to lose more than most if northern ambitions are watered down.

It is also clear that northern cities and communities will be disproportionately affected by any post-Brexit economic downturn, especially compared to the bubble of the South-east.

That, in itself, will encourage the new government to think carefully about how and where it can accelerate powerhouse ambitions and deliver the kinds of interventions which will mitigate Brexit repercussions.

In that report we published a range of recommendations as next steps for those concerned with ensuring the powerhouse fulfils its potential.

They included simplified governance encapsulating devolved city regions and central government and revenue raising powers for local government so they can re-invest locally.

As a priority for the new government, however, we would like acceleration of plans for both HS2 (including a link to Liverpool) and HS3 to better connect Manchester and Leeds. It would also be helpful if the new rail minister could give his backing for the Growth Track 360 campaign, which seeks to transform rail transport across North Wales and Cheshire, better linking those regions to Manchester, Leeds and Merseyside.

We know these aspirations cannot be met by government funding alone and it is vital that new forms of collaboration are reached with key stakeholders and businesses who will play a vital contribution to the process of building a stronger, more productive and stable northern economy.

The time to work with the new government to make this happen is now.

And those in the construction and infrastructure sectors must make their message to the prime minister loud and clear: show that your support for the northern powerhouse is absolute and unequivocal. And then back it up with some action.