The idea of establishing a northern powerhouse has lost a powerful supporter with the departure of chancellor George Osborne. Is there the will and momentum now in Whitehall to keep the project going? 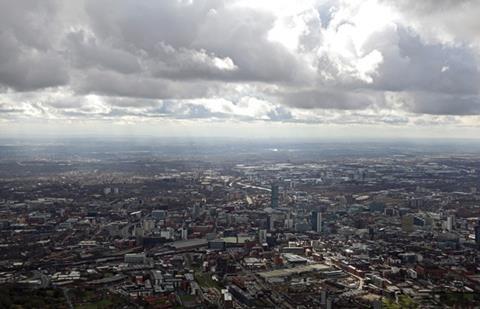 The day after he left government, George Osborne was snapped with David Cameron in a cafe in west London’s North Kensington. For many critics, the pictures would have confirmed their image of the former chancellor of the exchequer as an archetypal metropolitan liberal. It was a departure from the pictures we had grown used to seeing, of Osborne typically kitted out in a hard hat and high-vis jacket. Osborne’s fondness for construction site trips prompted a few grimaces in the industry, which would have preferred fewer photo opportunities and more spending.

However, to give the former chancellor some credit, he spent a big chunk of his time in government plotting plans for regional regeneration, the most important of which was his initiative for the much-vaunted “northern powerhouse”.

Osborne’s dismissal by new prime minister Theresa May has inevitably prompted jitters about the future of the initiative, which seeks to promote the north of England’s growth by improving the region’s clapped out road and rail links.

So what are the prospects for the powerhouse under May’s new regime, why does it still matter and does Whitehall have the capacity to deliver the project now that its focus is on the fallout of the Brexit referendum?

John Cridland, chair of the recently established quango Transport for the North (TfN), pays tribute to Osborne’s role in developing the powerhouse. He says: “He had fantastic ambition for the northern powerhouse and was a great sponsor.”

Richard Threlfall, head of infrastructure, building and construction at KPMG, is concerned by Osborne’s departure. “The biggest risk to the northern powerhouse is its personal association with George. He was its biggest proponent and essentially coined the term. It is clear that there is no love lost between him and our new prime minister,” says Threlfall.

And these concerns were clearly shared within government itself. Jim O’Neill, the former Goldman Sachs executive who had been drafted into the Treasury by Osborne to lead its work on the powerhouse, threatened to quit his post if the government abandoned the initiative.

Speaking before that news emerged, Threlfall said he was encouraged that O’Neill is still in government following the reshuffle – albeit that, this week, fresh concerns have emerged that he may quit over the government’s cooling approach to Chinese investment. “It’s good that the government has asked him to stay on and that he has been assured that this isn’t a token appointment,” he says. Another heartening sign is the retention of the northern powerhouse ministerial portfolio, which has been taken over by Andrew Percy, MP for the Humberside constituency of Brigg and Goole.

However, while the initiative still has its champions in government, nobody expects new chancellor Philip Hammond to take as close an interest in the project as his predecessor. The unshowy Hammond is likely to interpret his role more narrowly than Osborne, who took a shine to projects like the powerhouse and London’s Garden Bridge, with the Treasury handing this scheme £30m.

“The crunch will come if government feels itself more fiscally constrained. Philip Hammond has a reputation for being quite tight and serious with the money whereas George was predisposed to the idea of transformational investment in the North,” says Threlfall. “I suspect we are going to have to make the case from scratch with Philip Hammond and he might be harder to persuade.”

The reshuffle also saw the departure from the communities and local government department of Greg Clark, who had piloted the legislation that underpins the powerhouse initiative. His successor Sajid Javid is a staunch Thatcherite, and is a backer of the Midlands Engine version of the powerhouse, which has failed to catch fire to the same extent.

This weakening of top-tier backing could slow the project’s momentum, believes Michael Parkinson, executive director of Liverpool University’s Heseltine Institute for Public Policy and Practice. “The wind may have gone out of the sails even though they are still committed.”

To unlock these opportunities, you need strategic infrastructure for which you need that centralised support.”

Powerhouse champions could be even more crucial in Whitehall post the Brexit vote. A report from the Public Accounts Committee, published last month, warns that the civil service will have little time to do much more than negotiate the UK’s withdrawal from the EU, with knock-on consequences for other projects, like the powerhouse.

Cridland, who ran the CBI before taking on his current role at TfN, argues that the case for greater devolution to the North’s local authorities has been reinforced by recent events, which are likely to tie up Whitehall for years. “The consequence of devolution should be that northern civic and business leaders are now empowered to do these things without too much centralised Whitehall decision-making. Devolution is likely to free up capacity in the North that has not been sufficiently exploited in the past by old centralised decision-making.”

However, until councils have greater control over tax-raising, they will continue to rely on central government funding, he adds. Cridland says: “Fiscal decisions still rely on the support of government in London and we will continue to make the case for a really good return on investment from transport investment in the North over the coming years.”

The devolution picture remains a patchy one due to the bespoke nature of the deals so far struck between central government and the northern city-regions. David Rudlin, director of urban design consultancy Urbed’s northern office, says: “Manchester is probably feeling a bit smug that it got its powers devolved while Osborne was there. It’s got its powers like transport and regeneration funding and [other cities] weren’t able to get their act together quickly enough. Manchester did well to get in there before the political weather changed.” 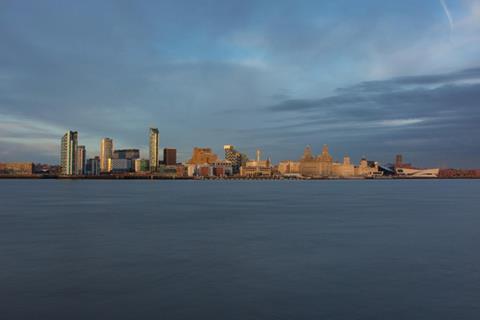 Liverpool’s waterfront – is the government backpedalling on the northern powerhouse?

For powerhouse fans though, the case for the initiative is more compelling now than it was before June’s Brexit vote. Across the English regions as a whole, 41% of commercial property deals have either fallen through or are being renegotiated since the vote, compared with 33% in London, according to statistics published by agents Cushman & Wakefield.

Chris Brown, chief executive of the Aviva-backed Igloo regeneration fund, says the region needs a boost. “Brexit has clearly created a crisis of confidence in some areas that will feed through into investment decisions. There’s a real need to reverse that before it starts a downward spiral.”

Liverpool University’s Parkinson argues that May would be “nuts” to backpedal on the initiative at this point. “This is not the time to be bailing out of the northern powerhouse even if it wasn’t invented by her but by George. We know that in downturns the place that gets hit hardest and first is the North so we have to try even harder.”

Cridland agrees: “The logic of the changes since Brexit is that the powerhouse is even more important than it was before. I can’t see why any politician would take a judgment that the Brexit vote downplayed the need for GVA [gross value added] growth in the northern economy.”

The Brexit vote also provided a powerful reminder of the political case for investing in the north of England. Many of the highest votes for Brexit were recorded in the region’s small towns, which has been interpreted as a protest by communities that feel economically left behind.Threlfall says: “The trends that have steered us towards the powerhouse are if anything bolstered rather than diminished.”

May’s comment in her Birmingham leadership bid speech about the need to avoid focusing investment on “one or two cities”, was seen by some as a pop at Osborne’s concentration on London and Manchester.

However, Parkinson believes it would be a mistake to spread any northern powerhouse cash more thinly than it is now because the major cities are the main drivers for the region’s economy. “All places matter but some places matter more than others. You need to look at third-tier places but the solution for that isn’t to abandon the big cities.”

Quite frankly, there ain’t nothing happening at all. Lots of groups have been set up but there needs to be a coherent plan

Cridland believes that the whole of the North, including its neglected satellite towns, will benefit from stronger transport links between its major cities due to the tightly integrated nature of the region’s economy. “If the major northern cities don’t prosper, their hinterlands suffer,” he says.

The good news is that while the reshuffle may have robbed the powerhouse of its biggest Cabinet champion, Hammond may have more freedom to spend on projects following May’s announcement that she will abandon Osborne’s target to achieve a government surplus by 2020.Support is growing across the political spectrum for the government to take advantage of the historically low interest rates to raise money for infrastructure projects.

“Although Osborne was championing the powerhouse, he was doing it in the context of austerity and trying not to spend money. We might find there is more money [now],” says Igloo’s Brown.

This will be welcome for those who already felt that the powerhouse was stronger on talk than tangible outputs. Anthony Dillon, managing director of Willmot Dixon’s northern division, says: “There’s a lot of talk about it but it doesn’t seem to be translating into projects.” And David Hurcomb, the chief executive of M&E contractor NG Bailey, based near Leeds, adds progress has been too slow. “Quite frankly, there ain’t nothing happening at all. Lots of groups have been set up but there needs to be a coherent plan.”

Some, however, can see signs of definite action. Cridland identifies support for trans-Pennine rail and road links as the key signs of whether the government’s commitment to the powerhouse is more than rhetoric. “The case for infrastructure investment is incredibly strong,” he says.

The concern now will be whether Whitehall has the time or the inclination to listen.