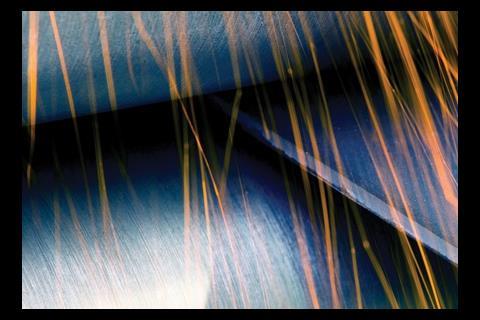 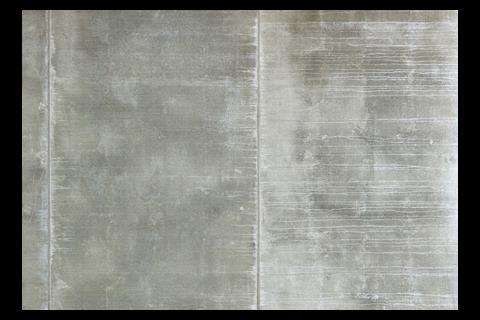 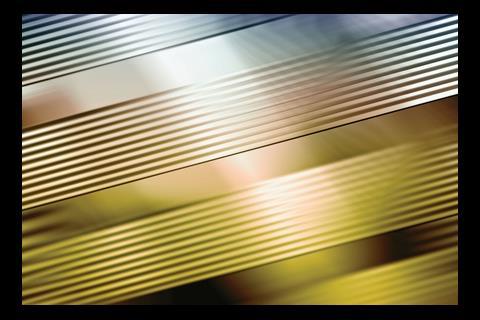 The structures trades have been some of the hardest hit by the recession. Simon Rawlinson and Mark Lacey of Davis Langdon examine how specialist contractors and the supply chain have faced up to the challenges

Frame and upper floor specialist contractors have a critical role on most projects. Their work typically represents 13-22% of the total cost of a building, and the sequencing of the work is an important determinant of project duration. As they are positioned early in the project cycle, steel and concrete specialists were among the first to experience a reduction in workload in 2008.

Now these trades could well be the canary in the coalmine – an early indicator of the changing price trends that result from demand returning to key sectors, or from the global economy taking off again.

Recently published construction output data has confirmed that sectors closely associated with framed buildings have suffered disproportionately in the recession. Overall, output fell 13% in 2009, but the industrial sector contracted in real terms by more than 50% to £2.6bn in 2009. The commercial sector did little better, declining by more than 25% in 2009 to £16.3bn. Continuing contraction in the housing market, which has been shrinking since the second quarter of 2007, has further affected the concrete frame industry – 50% of starts were for apartment developments at the peak of the cycle. Expansion in the public sector has been the crucial source of growth during 2009, with programmes such as Building Schools for the Future providing an expanding pipeline of decent sized opportunities for structures specialists.

The frames sector in both steel and concrete is extremely diverse, characterised by a mix of business sizes and models. There is a group of large-scale, highly capitalised players at the top end of the market. These are being challenged by a group of smaller businesses that can take on complex work. All of these specialists can offer effective holistic solutions through detailed preconstruction work and effective on-site logistics. There is also a large tail of smaller businesses with lower overheads, supported by a network of subcontractors and equipment hire specialists.

A characteristic of the recession is that the mid-ranking firms without a differentiated offer or the low overheads of smaller companies must compete hardest. Similarly, some of the opportunities for design optimisation that could be secured by a preconstruction services agreement as part of a two-stage tender are being lost, as more clients adopt a single-stage, lump sum tendering strategy.

The frame trades are inevitably exposed to global trends in commodity prices, consolidation and final demand.

The 2008 crash left most heavy material producers and suppliers with over-capacity and a large inventory, and this contributed to immediate price reductions in late 2008. Falling commodity prices during 2009 provided further headroom for reductions, alongside lower labour costs and reduced margins. As a result, rates for steel and rebar are down on average by 40% from the peak, while the price of insitu concrete and associated trends have fallen by about 25% to date.

However, the tide appears to have turned, and although construction may not be expanding, rising commodity prices and share prices are evidence that a manufacturing recovery is expected during 2010 and beyond, which could also affect the input costs of frame specialists.

There are, of course, growing signs that input costs have begun to increase. Bulk cement prices increased 5-6% in October 2009. Corus also recently announced a price increase of £50/tonne for sections, taking effect in March 2010. Intermediaries such as steel stockholders and concrete suppliers may have to absorb some of these increases in the face of continuing weak demand, but there are growing expectations that some of increases could stick.

Looking beyond the UK market, structural steel and rebar are particularly affected by the global pricing of coke, steel and scrap. China consumes just under 50% of global steel production, 600 million tonnes of it in 2010, which means that its negotiations with suppliers are a major determinant of the global price.

Analysts at Deutsche Bank forecast that iron ore prices will increase by more than 35% in 2010, with coking coal also rising by about 35%. As an illustration of the febrile state of the market, spot prices for iron ore are trading 95% higher than in January 2009 – suggesting significant potential for increases in input prices.

Chart 1 (below) plots input prices for major materials used in steel and concrete frames including structural steel sections, rebar, cement and precast concrete units. According to the index, rebar prices increased by more than 50% in the six months to 2008. Deutsche Bank predict that steel manufacturers’ prices could increase by 10% whereas manufacturers are warning that a combination of rising raw material, scrap and energy prices could increase section prices by more than 50%.

Higher manufacturing costs are likely to be passed through to tendered prices, although continuing slack demand may prevent the full price rises from passing quickly through the supply chain. One area where rises could pass through more quickly is the reinforcement market, where ownership has become highly consolidated. Scrap prices are currently increasing by 50%, and as a result, the very low prices seen on recent projects are likely to be reversed.

Care should be taken in adjusting rates from the tables in this article, or from recent projects, for use in projecting costs for future projects.

With price increases in the system, rates from recently received tenders have to be treated with particular caution. In particular, issues of project size, programme, complexity, risk and client covenant are having a significant impact on pricing strategy and have to be taken into account in estimates. This is reflected in the price ranges presented in the tables.

The rates in this article are suitable for cost planning for projects where the structural works would commence in the second half of 2010. Because of the current low base cost of steel and concrete, beyond this timeframe, consideration of inflation allowances in excess of published indices is a sensible precaution.

Overall demand for structural steel is down 40% from peak production in 2008. In the last recession, 25% of fabricators went out of business, but this time, through flexible working practices, the British Constructional Steelwork Association (BCSA) predict that there will be fewer casualties than in the nineties.

Most fabricators have responded to the downturn by reducing volume rather than by chasing workload. Strategies such as cutting shifts, mothballing capacity or subcontracting work out to firms with lower overheads have helped companies to weather the storm. Similarly, Corus also reduced production levels, and have also sold more steel overseas rather than in UK markets. The recent loss of capacity on Teesside is not expected to affect Corus’ sections capacity. Corus has also announced that it is restarting a third blast furnace at Scunthorpe in response to growing demand from other sectors of industry such as car-making.

The shrunken market for steel has not affected lead-in times, because 80% of steel is procured from stockholders, and also because manufacturers such as Corus continue to produce all section sizes in accordance with their monthly rolling cycles.

The lead-in times for large projects are currently 12 weeks, and this is determined by steel procurement rather than design work. Sourcing from stockholders can result in faster lead-in times, but as inventory is currently low, many fabricators may not be able to readily obtain less common section sizes from stock.

In an effort to reduce the use of materials and minimise costs, engineers are designing “leaner” structures, which typically have more complex, high-tension connections, tighter tolerances and more demanding erection and temporary propping arrangements. This demands high quality work by the fabricator and erector.

Other areas of innovation include:

Looking forward, a revival in demand for office space will be a welcome relief for steel fabricators. Further into the future, the structural steel industry could be a beneficiary of growth in both the renewables and nuclear markets, albeit both developments will favour large-scale fabricators. In particular, off-shore wind farms are likely to favour specialists with facilities aimed at the oil and gas industry rather than pure construction.

The concrete sector has also been hit hard by the recession, with the residential and commercial sector suffering the most. Concrete specialists are extremely diverse. Barriers of entry into the sector are low, so there is a long tail of smaller businesses, but there are also a number of large firms with a reputation for very high quality, well-managed work. In the current market, where price competition between main contractors is creating opportunities for ‘second-tier’ contractors, clients need to understand the capabilities of their concrete specialist and the quality of the site team. Most cost drivers for concrete – aggregates and labour in particular are not subject to global market pressures and as a result, upwards and downwards fluctuation in prices have not been pronounced. Prices for concrete and formwork are typically down by 25% from the peak. Similarly, although the cement market is highly consolidated, the market for cement-based products is domestic and slack demand has prevented full price rises from filtering through. The highly consolidated and vertically integrated market for reinforcement is a different matter, and prices have increased by £110 to 150/tonne since the beginning of the year. Further increases are set to take place this spring. Reinforcement prices and the level of preliminaries of a project are the main source of variation on projects, with low prices being based on lean site teams. Pre-buying of reinforcement is difficult owing to the lack of supply, although price fixes can be bought on specific projects at the point of signing off.

Innovation by concrete specialists is currently focused on optimised sequencing of work, together with the expanded use of pre-cast components where this delivers holistic benefits in terms of programme, cost and safety. A number of concrete specialists have increased their investment in pre-cast yards. Another approach to increasing efficiency is through the complete standardisation of frame design and detailing, so that standard forms and rebar cages can be used. This approach is popular with European contractors.

Steel-framed projects will typically involve a high degree of co-ordination with aspects of the concrete works including the core and floor slabs to optimise the programme and deliver an efficient and safe working environment. A co-ordinated approach to the erection of the frame and upper floors may deliver significant benefits to the client. Key opportunities that need to be addressed include:

Both steel and concrete contractors are also working on initiatives to reduce the impacts of site works and to maximise the recycling of waste and reclaimed materials.

Acknowledgements
We would like to thank Claire Ackermann of the Concrete Centre, Fraser Harrington of Severfield-Rowen, Paul Salmon of Byrne Brothers, Alan Todd or Corus and Derek Tordoff of the BCSA for their assistance in completing this article.